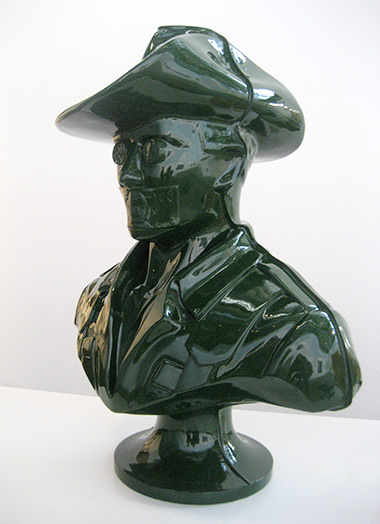 ANZAC (RSL) is a statement against the misuse of icons and the rewriting of history for the benefit of corporations and misguided patriotism. Toy soldiers are now obsolete with the proliferation of computer games as they belong to a bygone era. Whilst toy soldiers were often exact representations of the type of soldiers they portrayed, their bodies, postures and faces were often heroic. They were in effect tiny memorial statues. The currency represents the modern money that overrides anything the ANZACs of history would have to say.