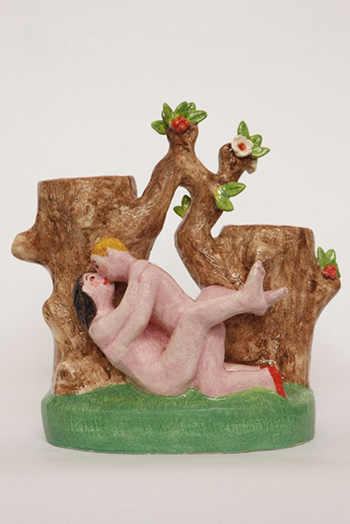 Spring Fever, The Artist and The Art Market

The work is inspired by English 19th century Shropshire figures of courting couples and pagan shepherds and shepherdesses. The figurines unashamedly remove their clothing to reveal a previously concealed sexuality subverting the traditional constructs of romantic courtly love. The title also reveals a political intent, playfully commenting on the machinations of the art world, what's hot and what's not, and the sexiness of the art market where art becomes a commodity. Figurines often historically acted as a form of social commentary, like small staged representations they act as parables, in this case telling tales of the art world.