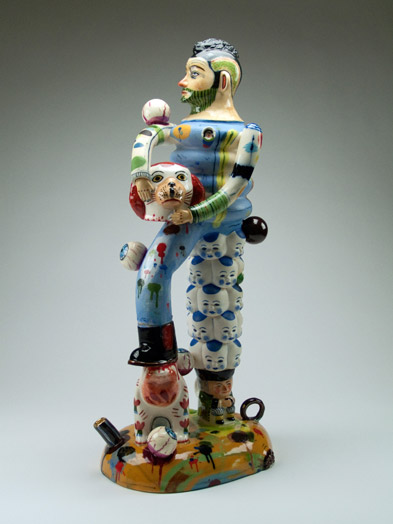 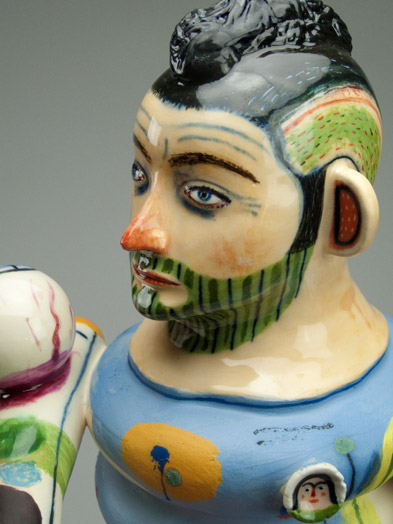 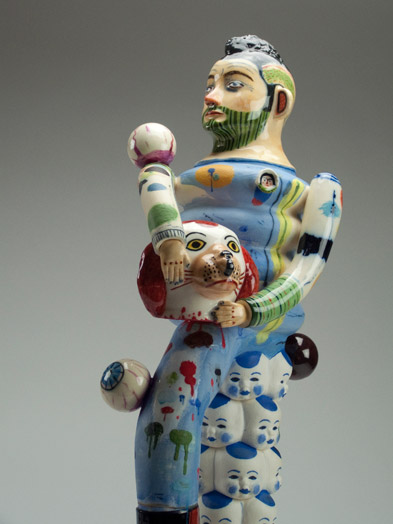 In recent works I have been blurring the line between what is a real representation of the world and what is a trompe-l’œil representation of an object. This work uses representations of objects to create a visual narrative about a man and his dog. However it remains ambiguous as to whether this is about a real dog or an ornamental Staffordshire ceramic Wally dog.

Bird initially trained as a painter but now works across a range of mediums. Bird studied Fine Art at Duncan and Jordanstone College of Art in Dundee, and post graduate studies at Cyprus Art College. He started making ceramics and sculptures in early 1990s.

Bird has exhibited throughout the United Kingdom, Australia and the USA. Collections include the National Museum of Scotland, Art Gallery of South Australia and Artbank Australia. Bird has undertaken a number of significant commissions and is featured in Contemporary Ceramics - International Perspective by Emanuel Cooper, published by Thames & Hudson 2009. He also lectures at the National Art School, Sydney.

ceramic with pigment and glaze