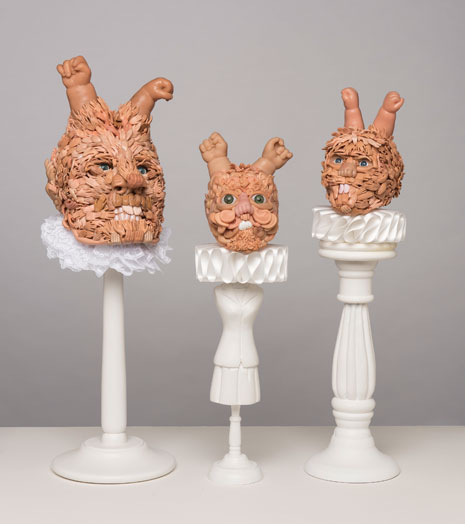 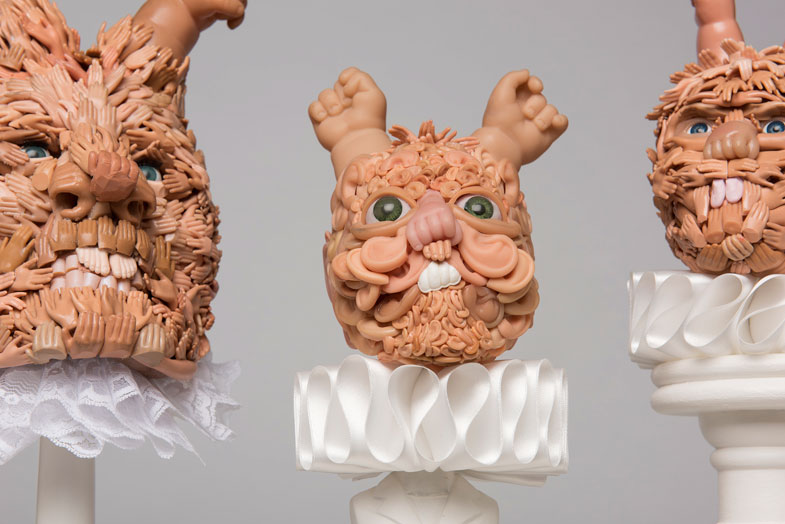 With ancient roots as a literacy device in storytelling, and also in art, anthropomorphism is derived from the Greek anthropos (human) and morphe (shape or form). Most cultures have traditional fables with anthropomorphised animals which can stand and talk. The best modern day example is the Easter Bunny, an anthropomorphised rabbit.

“The grotesque portraits of the Milanese Mannerist painter Giuseppe Arcimboldo intrigue me, using objects so out of context to ascribe human characteristics. I combine plastic dolls and toys of the same type; elements that share a feature, a colour, or a specific topic to create my humanoid and anthropomorphised creatures. The nature of my work is based on the appropriation, re-contextualisation and subversion of pre-existent objects.”

Born in Johannesburg, South Africa, Freya currently works from her studio near Picton, NSW. She has worked part time as the exhibition coordinator for gallery34 in Picton and ARTYCAFE in Narellan. Freya receives regular commissions for her plastic assemblages both nationally and internationally, and works as a casual arts facilitator at Casula Powerhouse and presents workshops for regional Councils and community groups.