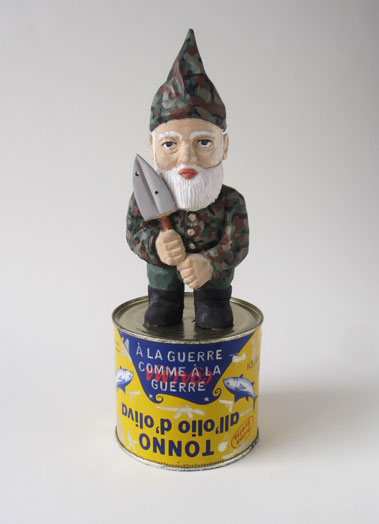 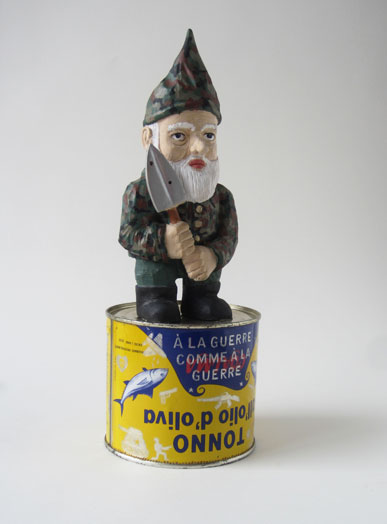 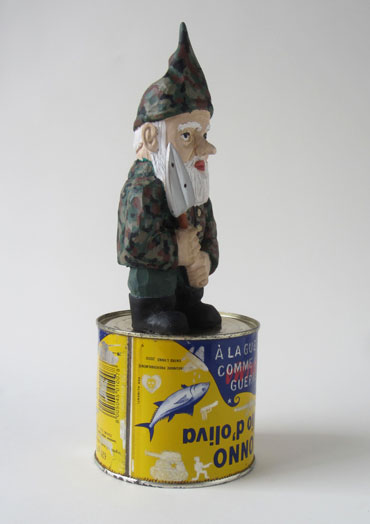 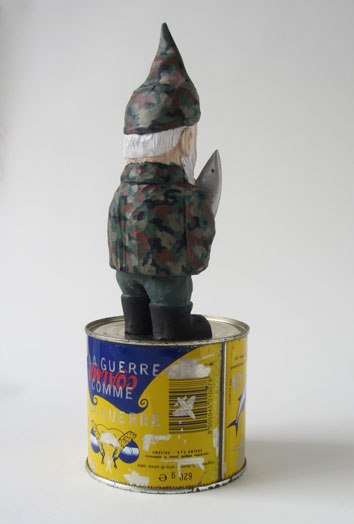 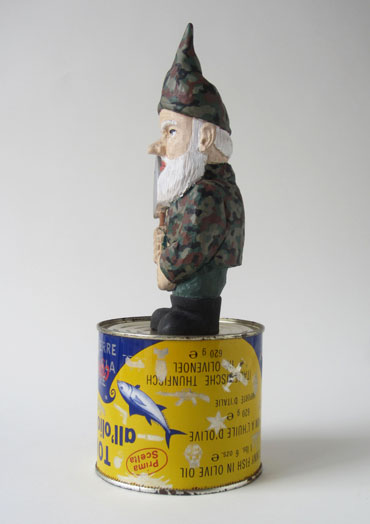 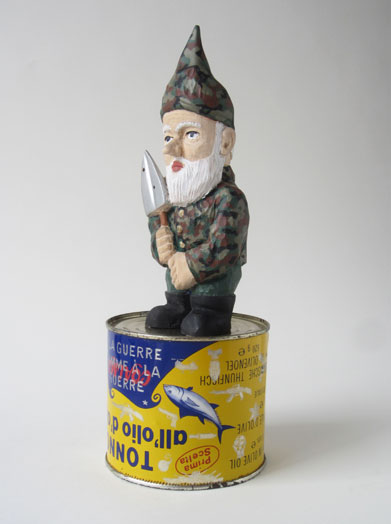 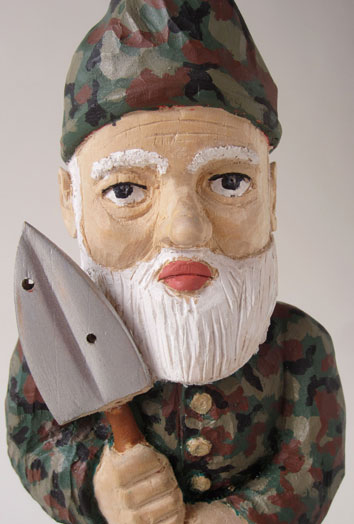 In my work I like to tackle controversial topics such as social conflicts, violence and our relationship with power. Humour and political irony play an important role to achieve that. The use of carved wood, a material usually associated with craftmanship and pastoral simplicity, enhances these features especially when incorporated to other elements and found objects, as in this case, where the plinth is obtained from a discarded tuna fish can, then scratched with war icons drawings.

”À la guerre comme à la guerre” (At war as at war) is a French proverb illustrating how in times of crisis people are entitled to use all means to achieve their goals. This sculpture refers to the Gartenzwerg (garden dwarf), a figure that originated in Germany in 19th century and became popular in many house lawns of Europe’s suburbs and villages as a symbol of the middle class tranquil life made of shared community values and recreational hobbies (including woodcarving). Here reduced to a knick-knack size and dressed in camouflage uniform this represents the loss of any social and economic personal identity in a time where all certainties and hopes seem to have vanished.

Born and based in Milan, Italy, Guido Pigni (b. 1966) moves between drawing, painting, printmaking, and, more recently, sculpture.

Beyond the ultimate market-driven trends, he has always believed in the importance of multidisciplinary, of exchange and mutual support among artists and in creating independent projects outside the mainstream. Following this belief, in 2010 he founded Pigprints, an online gallery and print studio project with the aim of involving artists in the production of etching editions while offering affordable quality art to the public.

His works have been featured in numerous solo and group exhibitions.