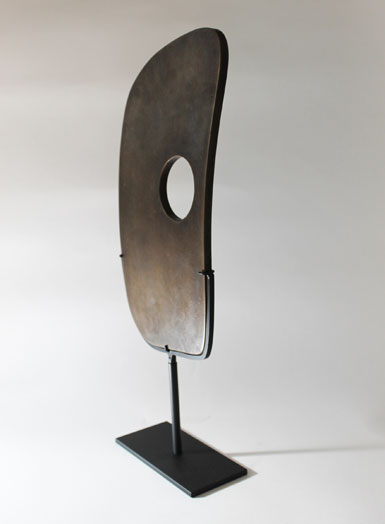 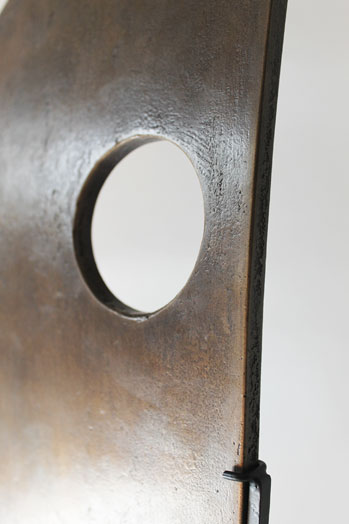 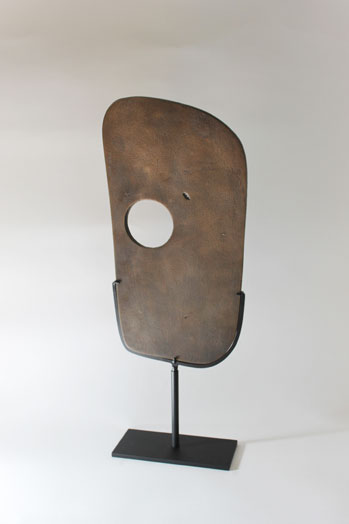 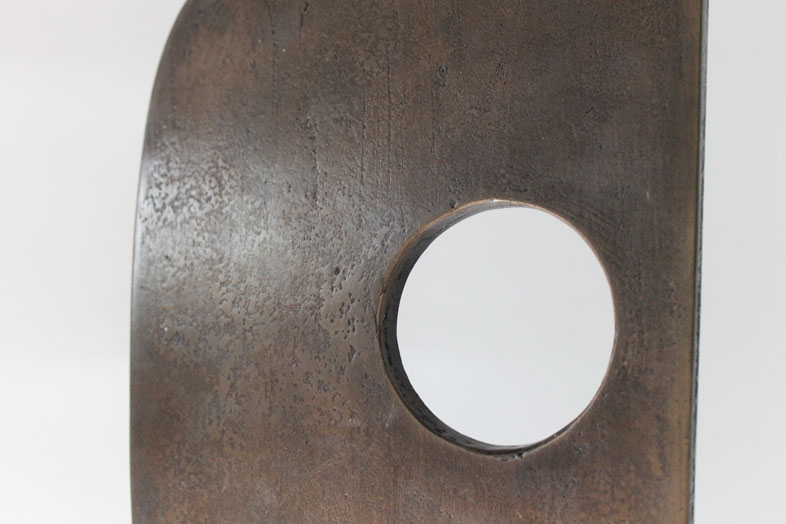 The objects or objets d'art of the modernist mid-century interior are loaded with design memories and assumptions, especially around style and taste. These objects are now very collectable and are often utilised to contextualise contemporary aesthetics and art in both the private interior and gallery showroom.

This scenario has been the catalyst for a series of work that began in 2012, on what could be termed ‘pseudo-modernism’, focussed on the domestic interior and utilising the familiarity of everyday objects. These objects, are reworked, and reconfigured with the intention of creating an ambiguity - recognition with a twist. The new objects become neither prop nor décor, they could possibly be found in a modernist collector’s apartment or an institutionalised museum collection.

Recent works have drawn on Barbara Hepworth’s series of Forms with a shift to domestic scale. Form for Modern Living is a bronze cast of what was originally a reworked plywood school-chair imitating a modernist sculpture, lending permanence to a once humble object. Now with new formal characteristics and aesthetic qualities in place, this pseudo-modernist piece can question the meaning of artworks as they are made, collected, replicated and exhibited in both the private and public sphere.

Natalie Guy’s practice is concerned with design and function, currently specifically around pseudo modernist design. This continues an exploration of the inherent relationships between objects and the formal interplays between objects in space. This direction has recently focussed on the domestic interior and utilising the familiarity of everyday objects and mid-century sculpture/design. These objects are reworked, and reconfigured with the intention of creating a mix of the familiar and the ambiguous.

Natalie completed a Masters of Fine Art with First Class Honours at Elam School of Fine Arts, University of Auckland, New Zealand in 2013 having completed a Post Graduate Diploma in 2011. She holds a Diploma in Fine Arts from Otago Polytechnic.