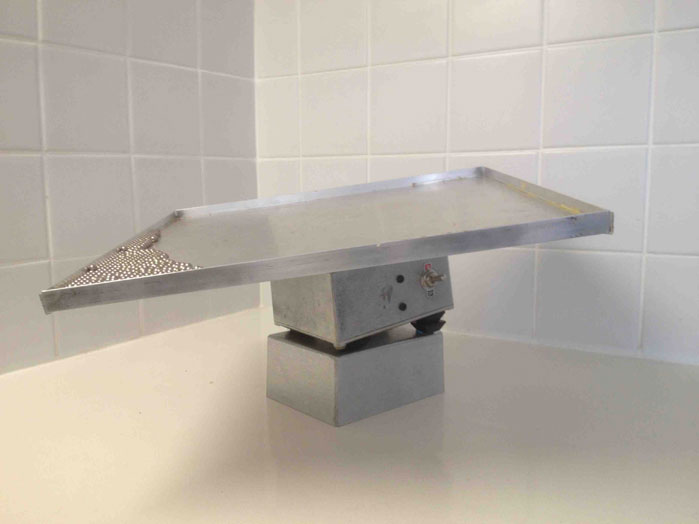 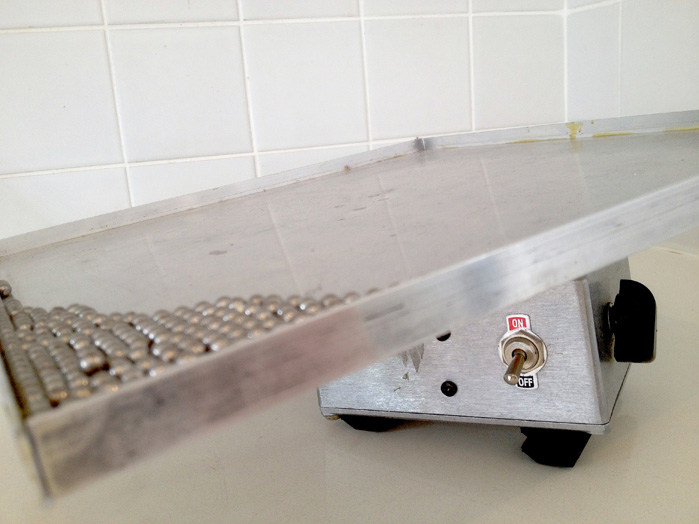 Kinetic MC#1 is a mechanical work that comprises of a tilted tray containing a large number of small ball bearings that roll towards the lowest point of the tray as it is rotated by an electric motor. The sound of the rolling bearings and the random patterns that they create is both engaging and restive.

This work underpins my own life (and perhaps also the lives of others) as both a struggle and sometimes a journey that becomes unstuck and requiring ingenuity to make repairs to my emotions as the life journey continues. Other sculptures have been built in prototype form as mini forms of the final work. I envisage this work built the size of a tennis court and powered by a massive diesel bus motor with ball bearings the size of footballs!

Combriani has had a very long interest in the arts and started going to galleries at an early age. As a student he paid his way through college by selling photographic supplies, large self photographed and printed black and white photos.

As a young man he composed and printed large photos for personal enjoyment, performed and recorded in a number of punk bands and made short films. He developed an interest in indigenous and kinetic art forms and became an avid collector of indigenous and Aboriginal art.

Since retirement he has assisted in a number of short and feature film projects and has started building a series of small kinetic art works that will hopefully be realised on a much larger scale.