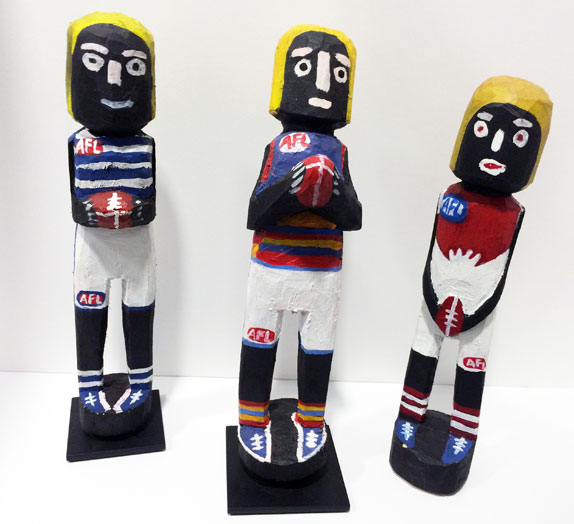 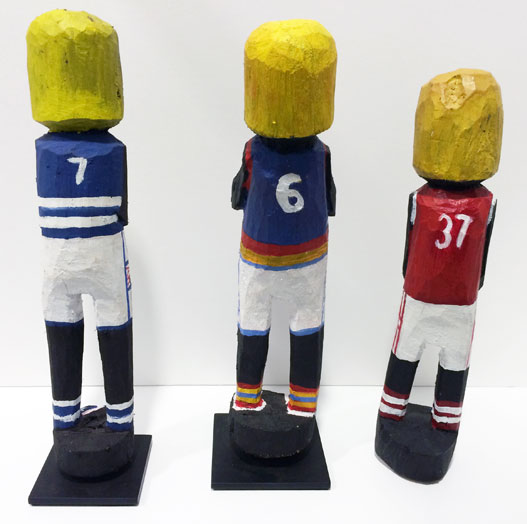 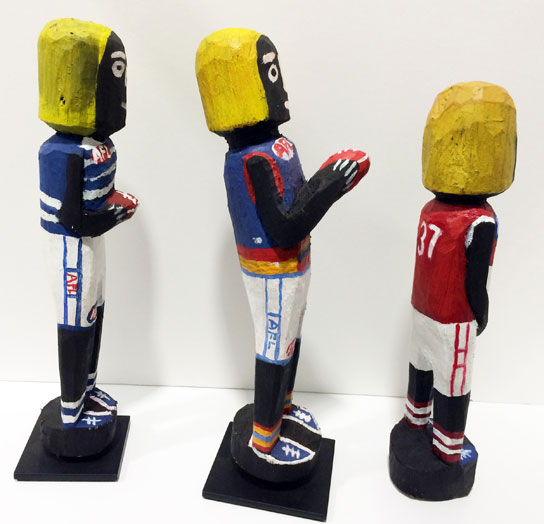 I have lived at Utopia my whole life, caring for the land and keeping a connection with my family's ancestors through the Dreaming of my country. I go out looking for the right trees, which I carve to make my sculptures. I use an axe, tomahawk and a large rasp.

Here I have carved three of my favourite players. They are all great players and I love watching them play. I like to gather around the television with my sons and watch the AFL on Imparja. Even better is going to see my sons play for the Pungalindum Eagles in our local bush football competition. Families come from all around to watch the bush football games - although not as many people as at the MCG!

One day I hope that I can go back to Melbourne with all my sons to see all our favourite players in action.

Dinni Kunoth Kemarre was born in 1954 at Ankerrapwe (Utopia Homestead) in the Northern Territory. As a young man he worked as a stockman on the surrounding stations, riding horses and mustering cattle.

Dinni began carving in 2005, assisting his wife Josie Kunoth Petyarre. In 2006, Dinni and Josie carved 16 sculptures of football players which were exhibited as Centre Bounce at the AFL Hall of Fame in Melbourne. Since then, Dinni and Josie have come to national attention as astute chroniclers of the world around them.