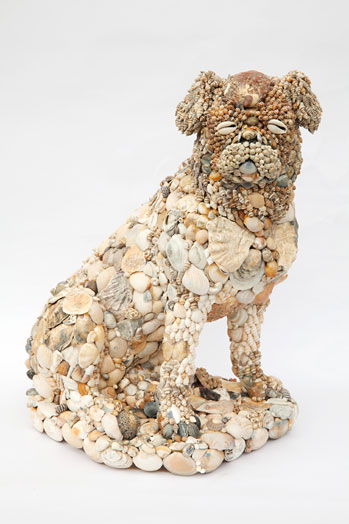 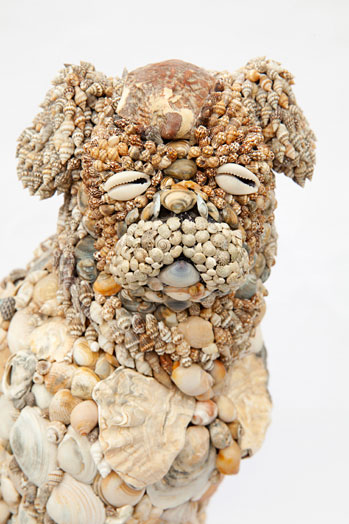 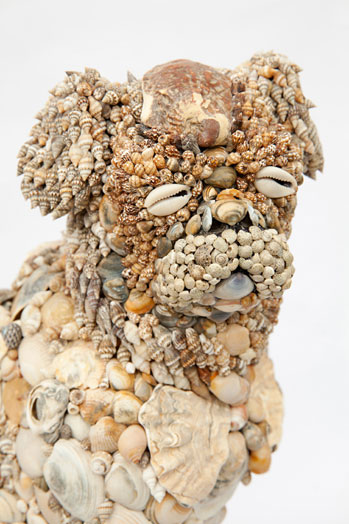 Puppy 3 is part of a series of sculptures that explore the interaction between humans, pets, science and our experience of nature. Referencing a childhood spent growing up in Queensland, and the folk art traditions of seaside town mementos, the works pay homage to both the relationship between people and their dogs and the part shells have played as a motif in the creative arts.

From classical antiquity, the shell or mollusk has been regarded as one of the most amazing achievements of nature, and has frequently been imitated in works of art. The architecture and astonishing ornamentation of shells are here used to compose an external covering suggestive of armor on forms recognizable as a puppy.

The use of shells to represent form and fur is the means through which complex human experience is distilled down to simple, recognizable motifs and ideas - in this instance a walk with a dog on a beach.

Research assures us of the significant emotional benefits of pet ownership. Whether the mechanism is touch, exercise, attachment, non-evaluative social support, or some combination of these, the human connection to the non-human animal world merits our close consideration.

Natalie Thomas’ practice is diverse and has frequently involved collaborations. In 2008 she and Concertine Inserra were awarded the William and Winfred Bowness Prize for Photography, and her former collaborative nat&ali had works in the 2003 Primavera at the Museum of Contemporary Art, Sydney and in the exhibition 2004 at the National Gallery of Victoria, Melbourne.