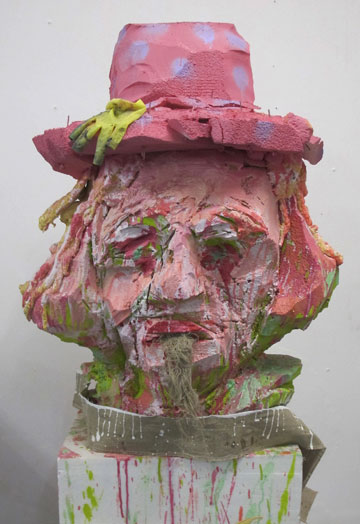 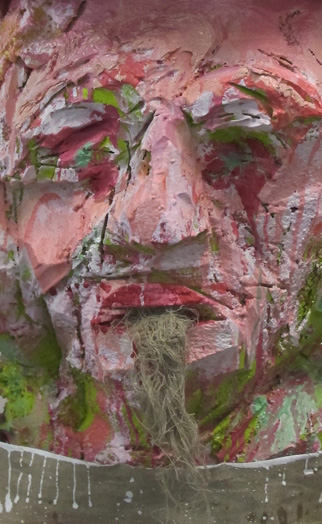 Self Portrait In Pink Hat

If an artist can’t make fun of himself, who can he make fun of? Self Portrait In Pink Hat is part of an ongoing body of sculptures and ink drawings depicting flights of fantasy that blur the lines between traditional and non-traditional art methods.

This self-portrait has its origins in a series of ink drawings made after Goya’s Los caprichos print series and current world events depicted through the media. I had these images hanging around in the studio for two years and decided to convert them into three-dimensional forms, to make a new body of work that is both self-referential and critical.

The overall intention is to use these soft form sculptures in my upcoming performance that deals with the artist internal struggle with solitude and the irony of placing oneself within that very environment.

Craig Waddell was born in Sydney in 1973. He graduated with a Bachelor of Fine Art from the National Art School in 1999 and a MFA (Printmaking) at the Chiang Mai University, Thailand 2004.

Waddell has completed residencies in Paris, Thailand, Vietnam and Sydney and has participated in many group shows and works in multiple mediums.

Waddell's recent awards include: the 2008 Moya Dyring, Art Gallery of NSW Residency at the Cite Internationale des Arts, Paris; the 2007 Marten Bequest Traveling Art Scholarship; and the 2007 Gunnery studio, Artspace Sydney. He was awarded the Woollahra Small Sculpture Prize in 2005 and the 2005 Tattersall’s Art Prize for landscape painting. He was also winner of the Paddington Art Prize and the Norville Australian Landscape Prize, both in 2004.