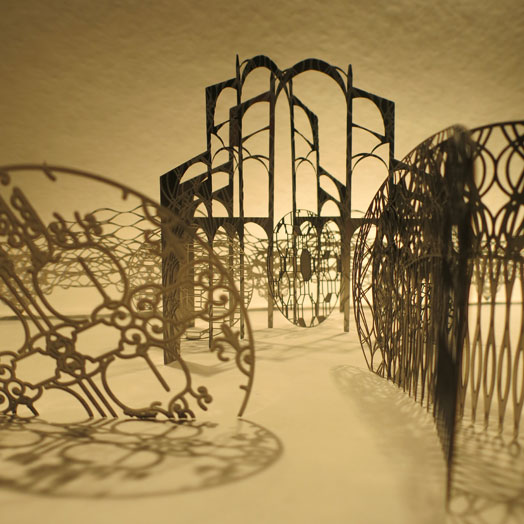 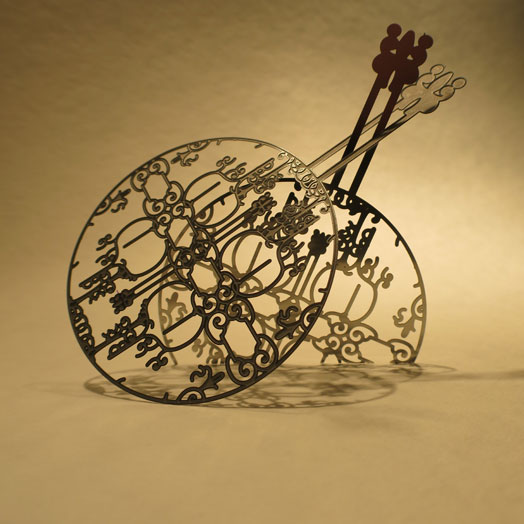 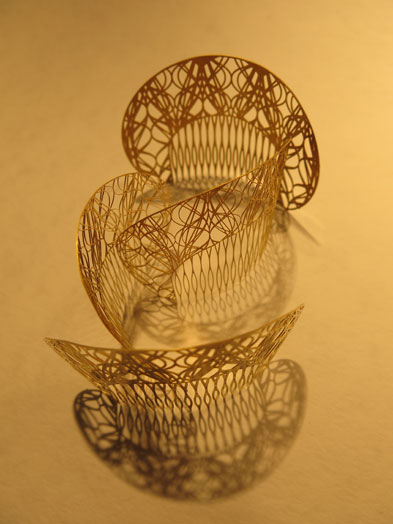 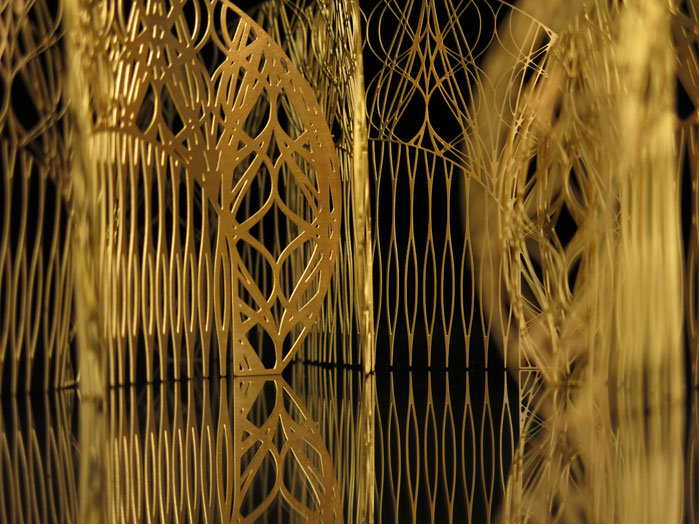 Social Engineering: The Architecture of Lace

Early laces were developed in the trading port cities of Belgium and Italy, beautiful cities, where the finest examples of Gothic and Renaissance architecture reside. Within the splendour of flying buttresses, diamond vaults and pointed arches, women and men were at work by needle and by bobbin.

Seen first as a social activity, lace making and it’s intricate playfulness, captures the mind as much as the heart.

Social Engineering explores the digitisation of the craft of lacemaking, as ornamentation and structure combined. Within our evolving city environs, ingenious engineering reminds us of the beauty of complexity. Within the artwork, the delicate lightness of lace like structures, mirroring nature and human endeavour alike, trace past architectures while engaging current forms of parametric design.

Sharnie Shield was born in Wollongong, NSW in 1977. Studied at UNSW, Canberra School of Art, The University of Melbourne, COFA and UTS, Sharnie has exhibited, solo and with groups, extensively in New South Wales, Victoria and the ACT. Sharnie was awarded with the University Post Graduate Award (2005) and The Foundation for Young Artist Award (2001).