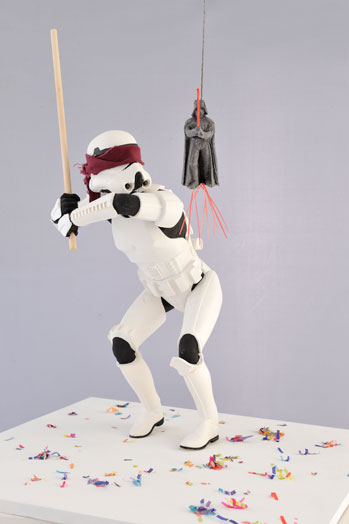 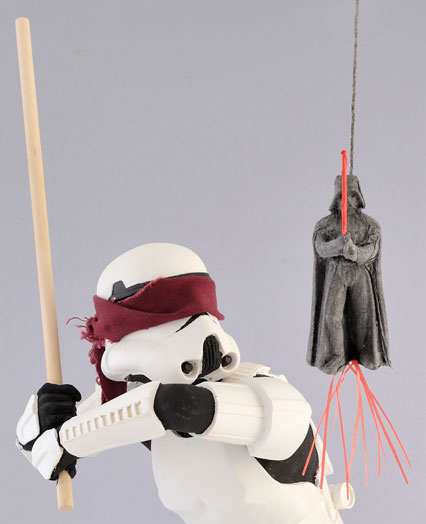 This work is part of my current series where I am using the pop culture figure of a Stormtrooper to represent a transformation of consciousness, and a revival of humanity and individuality.

In this instance the trooper is engaging with their ultimate figure of authority, Darth Vader, in the form of a Piñata, where he can whack away at it to achieve a reward.

The central theme of many of my works reflects an art historical basis, in this instance the work of Spanish painter Francisco Goya, and his series The Caprices. By synthesising both pop culture and art history, I hope to convey both a sense of fun and contemplation in the viewer.

Born in Brisbane, 1970, Alasdair Macintyre completed a Bachelor of Art at Queensland College of Art in 1990 and lives and works in Brisbane. Macintyre has exhibited in numerous exhibitions nationally and internationally.

Macintyre creates miniature theatrical scenarios that are played out by figurines in the form of highly detailed tableaux or dioramas. Intricate, playful and inventive, his works are a marriage of social commentary and fables. He explores a myriad of themes using his satiric wit that include politics, current affairs and art history. His practice, in essence, centres on his lived experience and the fears and anxieties that pervade an artist’s psyche.