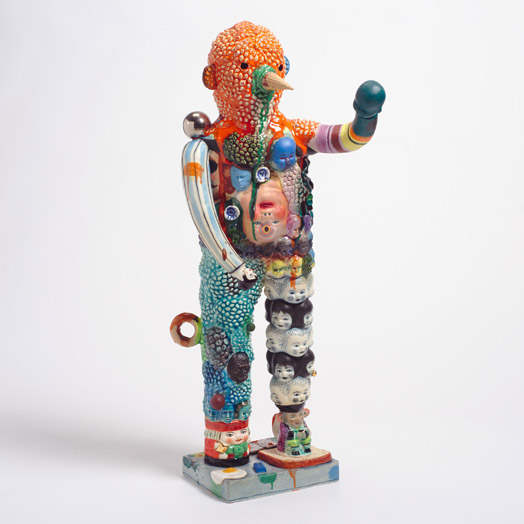 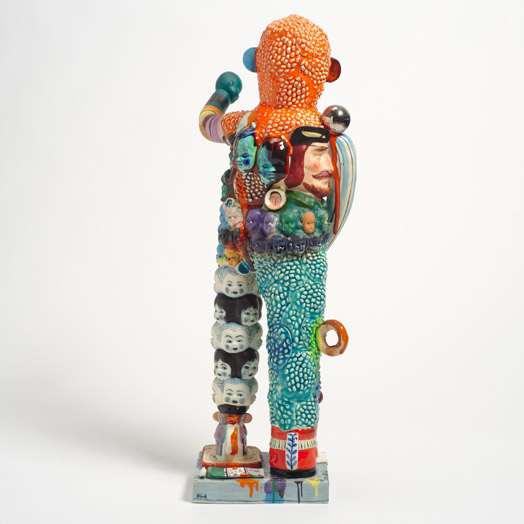 In a style reminiscent of the 14th century Italian painter Giuseppe Arcimboldo's still life heads, I have constructed a self-reflective figure made up from the replicated discards, detritus and ubiquitous objects of my own life. This technique enables me to build in a pliable but tessellated manner and also allows the building up of a narrative within the form of the work. This story is exposed gradually as the viewer explores the surface of the work, which in turn reveals a number of suggested metaphors.

Figure of Self-Reflection poses some latent questions. Is a person made from what they desire and consume or are they revealed by the mess and waste they leave behind?

Stephen Bird lives and works in Sydney, Australia and Dundee, UK. He initially trained as a painter but now works across a range of mediums. Bird studied Fine Art at Duncan and Jordanstone College of Art in Dundee, and postgraduate studies at Cyprus Art College. He has made ceramics and sculpture since early 1990s.