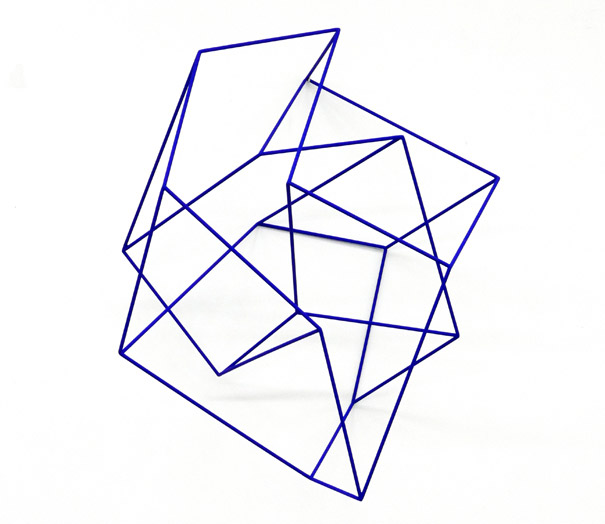 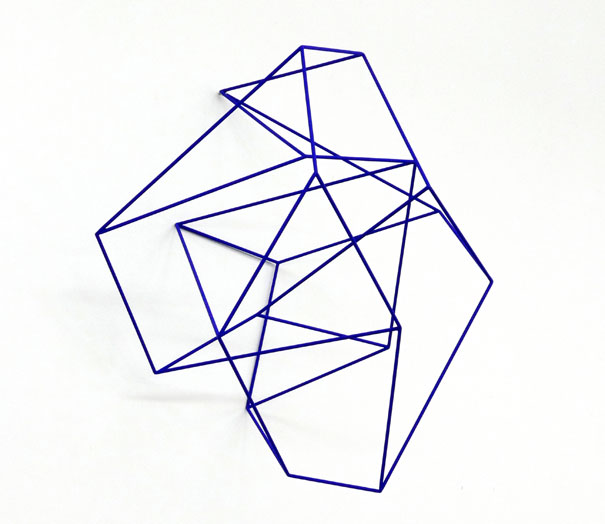 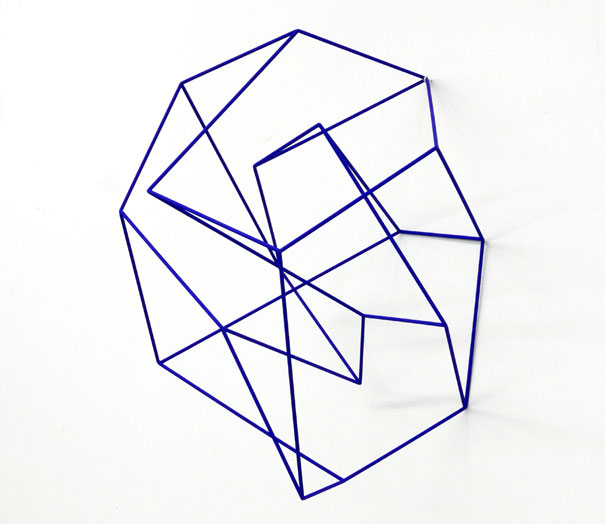 This work is from a continuing series of sculptural forms that theoretically engage the conditional and possibility of failure. They investigate the gap, the moment that a projected plan splits from the unfolding of a different system.

There is the character of unbounded life, yet in a certain limited form – a drawing of space, and in space.

Courtesy of Arc One Gallery

Robert Owen studied sculpture under Lyndon Dadswell at the National Art School, Sydney, graduating with honours in 1962. He lived in Greece and London for a certain time. In 1988, he moved to Melbourne, where he held the position of Associate Professor and Head of Sculpture at RMIT University until 2001.

Robert Owen, in conversation with Professor Ian Howard, discusses his work Symmetria #37 and answers questions from the audience. Recorded on 10 October 2015 at the exhibition.