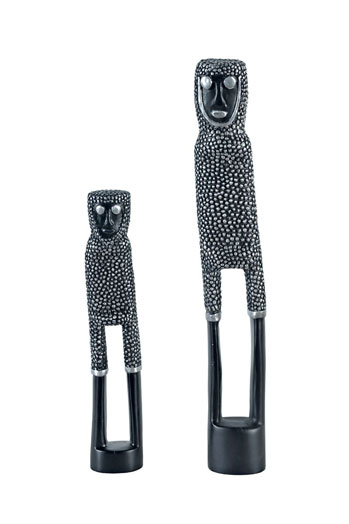 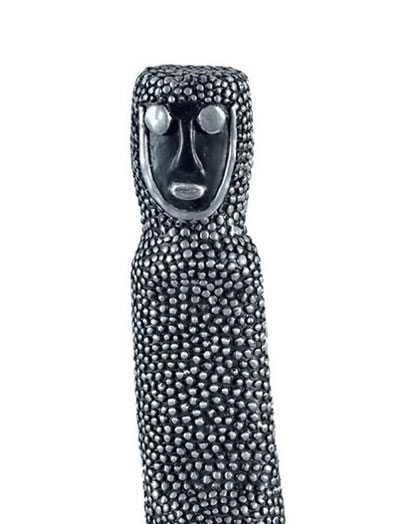 Serena Bonson lives in Maningrida, north central Arnhem Land and is of the Djowinge moiety and Djinang language group. Her skin name is Gamandjan. She is an emerging artist and carves Wangarra spirit figures out of stringy bark collected in her country, and paints with ochre and a PVC fixative. Serena has been carving her Wangarra spirits painted in black and white ochre for seven years, learning the craft from her uncle Jimmy Angunguna. She has just started to show her work commercially in solo exhibitions in Sydney and Brisbane.

The Wangarra spirit figures she carves are an important part of her culture. Wangarras are spirits that inhabit the An-mujolkuwa clan waterhole, and are reborn as new members of the clan. The birth of a child is always announced in a dream, when the spirit of the new child makes itself known to the child's father.

For Woollahra Small Sculpture Prize 2015, selected forms have been cast from her original carvings, then modified with three dimensional features in clay. They are then re-cast in aluminium, painted with two pac and high polished again. They are suitable for indoor and outdoor placement.