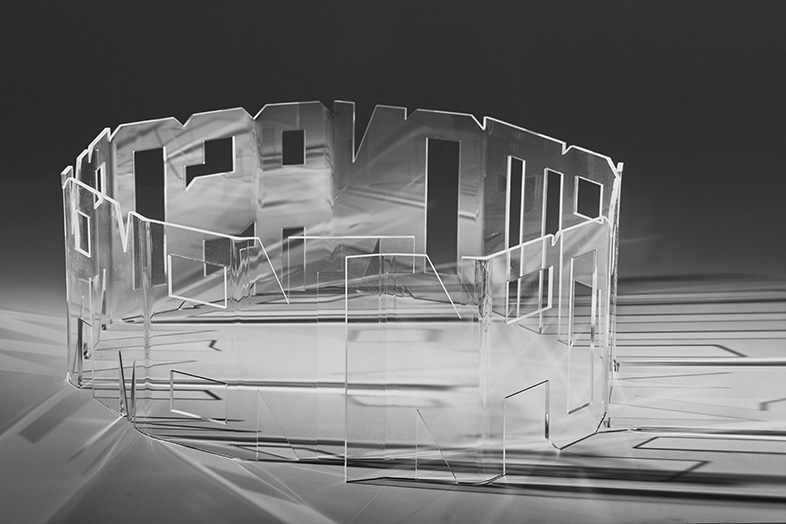 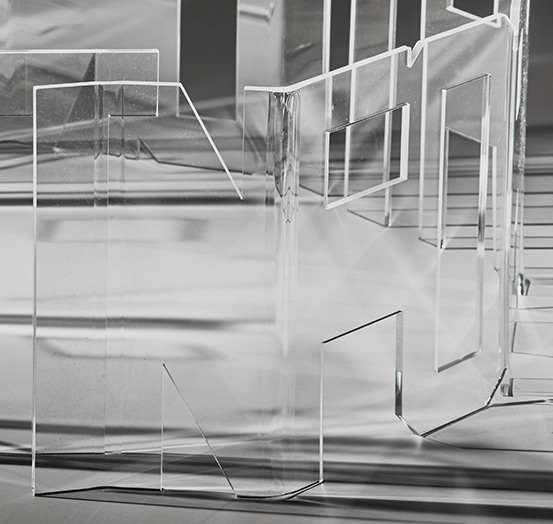 This work is a ribbon of thermally folded, laser cut Perspex that continues my interest in developing art objects that utilise text as material object – 'found' text that is derived from the everyday – and methods of construction that have the potential to disrupt expectation and to engender complex readings. Words are chosen for their visual presence, formal qualities and/or their linguistic content. In this way seemingly insignificant words or phrases are separated from the stream of continuous talk and given a fresh existence transforming the space they inhabit. Wavering between solid forms and disappearing shadows, Big Words – INFORMATION AS ORNAMENT (2016) shifts language from something familiar to something strange delaying readability and comprehension, opening up the possibility for multiple interpretations. The viewer enters into a new space of play embracing the slippage between reading and seeing to participate.

In 2010 Rose took up an ISCP Residency in New York having previously been a recipient of a Greene Street Residency in the same city during 2004.

She is represented by Anna Schwartz Gallery where last year her Immodest Gestures and Irrational Thoughts solo exhibition was staged following 2013's solo exhibit Performance Architecture at the same gallery. Other recent solo exhibitions have been mounted at Melbourne's VCA Margaret Lawrence Gallery and the Melbourne International Arts Festival as well as the Hamish McKay Gallery Wellington, New Zealand. In 2008 her solo collection Why Do We Do The Things We Do travelled to Artspace in Sydney and IMA in Brisbane.