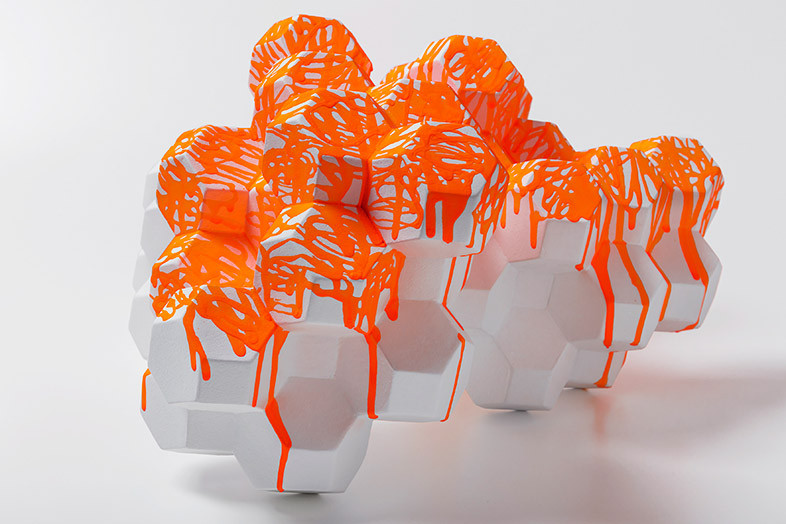 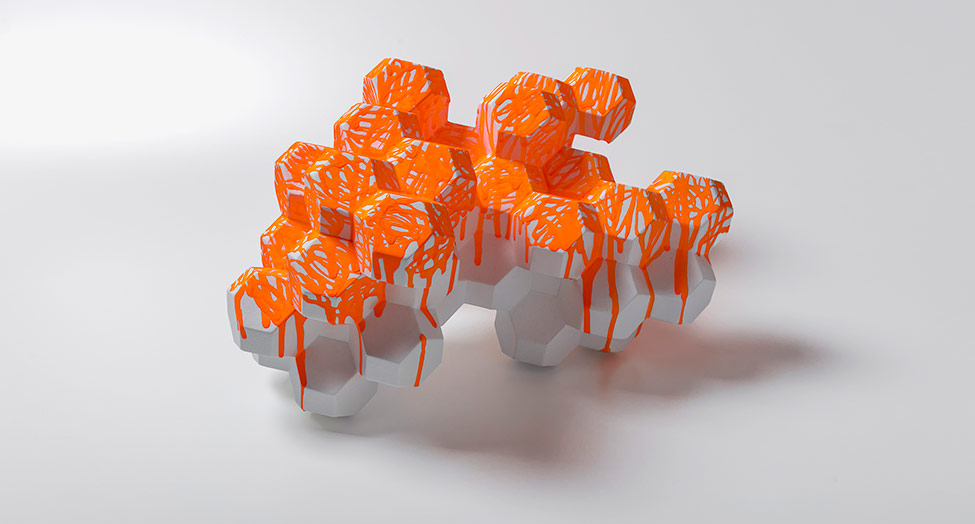 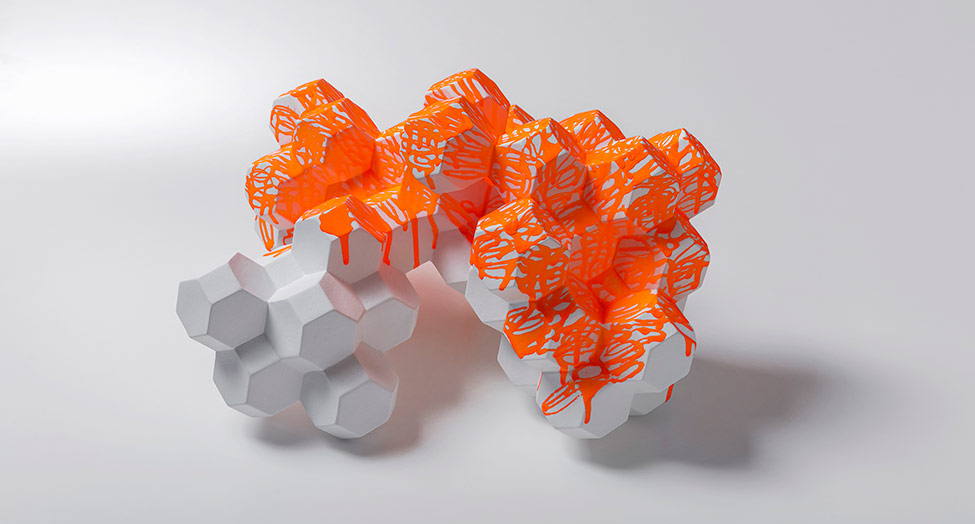 Songbirds living in cities sing louder and in a higher register than those inhabiting the bush, so as to communicate above the levels of anthropogenic noise. This sculpture seeks to articulate the collision between the madness of escalating noise in our built environment - and my search for a zone of inner calm.

Using watercolour paper, which has been cut and folded, I have built a 'molecular' cluster of 46 truncated octahedrons. The process of making these is both measured and meditative. Each unit has to conform to a precise mathematical order so that it can join accurately together. Superimposed on this structure, I have doodled a web of fluoro orange marks – a loosely haphazard visual agitation – or 'noise', hovering over a pristine white molecular form.

Sherna Teperson was born in South Africa and immigrated to Australia in 1983. She currently lives and works in Sydney. Her first career was in graphic design and art direction. In 1998 she completed a Bachelor of Fine Arts (First Class Honours) Interdisciplinary Studies, UWS.

Sherna has held 11 solo exhibitions since 2000, including Future Perfect at Art Stage Singapore (2013), Snow Domes In The Age Of Retreating Ice Caps at Campbelltown Arts Centre, as well as for Gallery 9's inaugural exhibition (2006/7). She has been represented by Gitte Weise Gallery Room 35, James Dorahy Project Space and Conny Dietzschold Gallery.