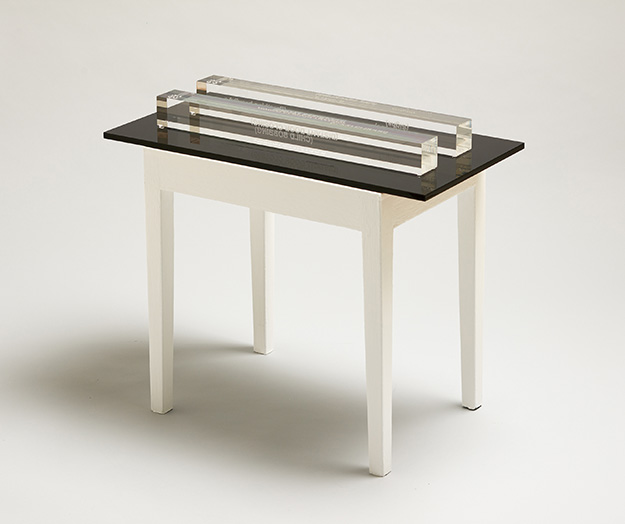 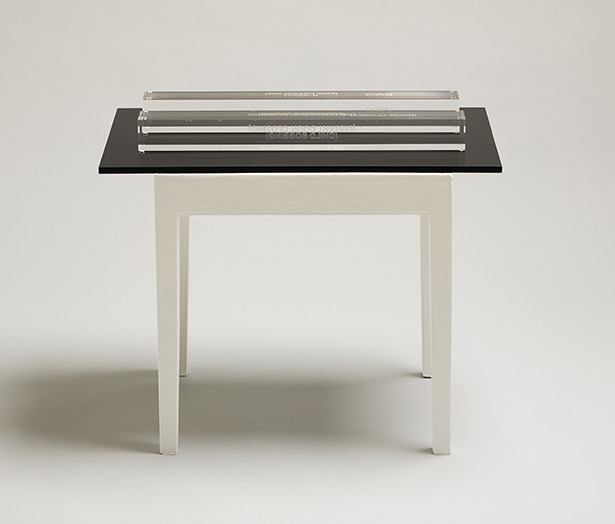 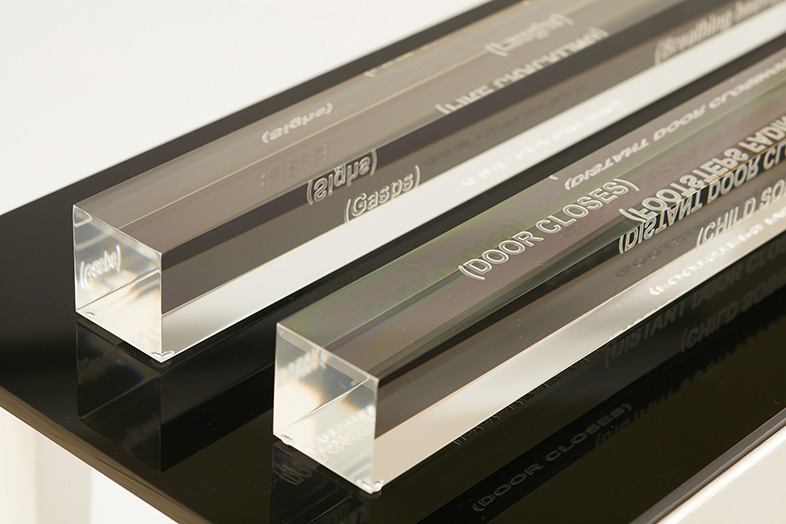 References to cinema and its relationship to the everyday are reassessed in these works; in particular the interaction between our aural, visual and spatial perceptions. Clear black, (panels 1 & 2) engages material, process, language and captions sourced from film. Captions reference character tone and manner of voice, rather than dialogue/monologues - along with any significant music or sound effects.

Wybraniec completed a Bachelor of Arts from Curtin University in 1993 and has exhibited nationally and internationally over a period of 30 years in numerous group exhibitions and solo shows. These include TR+AS+JW: WA Focus, Art Gallery WA, 2016; One Place After Another, Australian Centre for Concrete Art (AC4CA), PICA, 2014; AC4CA at Fabrikculture, Hegenheim/France, 2012; '2004', National Gallery Victoria, 2004; Meridian: Currents in Australian Art, Museum of Contemporary Art, Sydney, 2002. He was also invited to participate in the National Sculpture Prize and Exhibition 2005 at the National Gallery of Australia.

He has received a number of grants and awards including international residencies. These include the Australia Council Studio in Los Angeles in 2002 and the prestigious Chinati Foundation in Marfa, Texas, USA in 1996. In 2015 Jurek won the prestigious Bankwest Art Prize ($30,000) and was Highly Commended for his painting in the Albany Art Prize.

Jurek is represented in collections at the Art Gallery of Western Australia, the Museum of Contemporary Art, Sydney and the National Gallery of Australia.