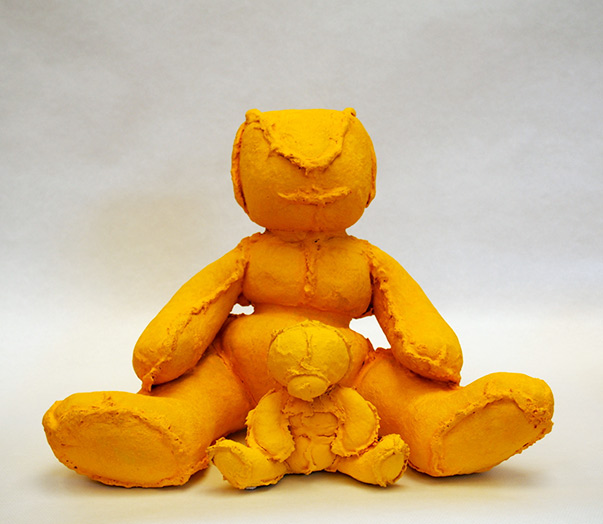 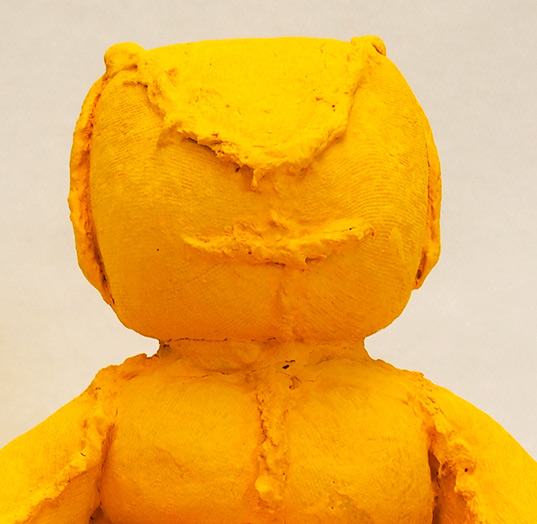 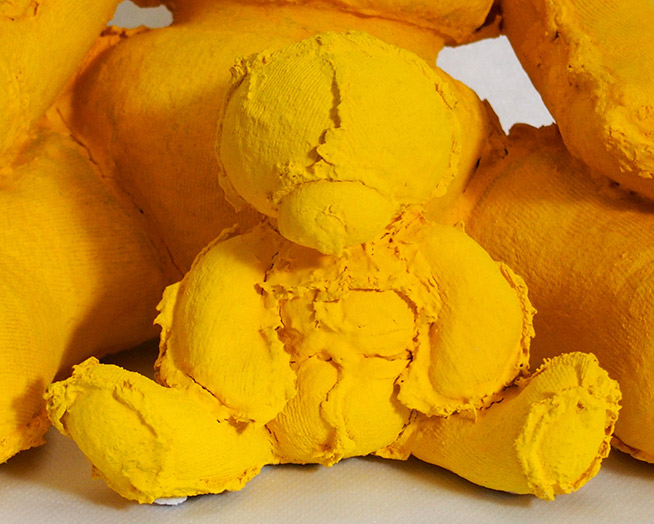 For 11 years I have been obsessed by the idea of petrifying objects made of paper, different fabrics and my preferred subjects - soft toy teddy bears - using Terra Sigillata, an extremely fine clay slip. For years I struggled with the fragility of the works, technical challenges and the inability to use colours. Now the pieces are strong enough to display and the vibrancy of the colours has opened up exciting future possibilities.

Focusing on the discarded, the overseen, things thrown away that nobody wants anymore, I reflect changing human values, the search for the new, and the loss of love and affection as we race toward the next thing. The idea of transformation, petrifaction, fossilisation and mummification are all encapsulated in this latest work.

Walter Auer (b. 1957, Campo Tures, Italy) studied ceramics at the State Institute of Arts in Faenza. After graduating with an Advanced Diploma, Auer worked with Chin Jukan in Miyama, Japan for one year as well as studying traditional wheel-forming with Ahmed Berktash in Avanos, Turkey. He spent over two years in Asmara, Eritrea, to organise two ceramic training centres in Leper hospitals. In 1997 he settled in Sydney, where he began collaborating with Aboriginal communities. He has been teaching ceramics at TAFE since 2002 and is a part-time teacher at Northern Beaches, Hornsby and Gymea TAFEs. Auer has shown in many solo and group exhibitions nationally and internationally, most notable, Hyperclay, a touring exhibition organized by Object Australian Centre for Craft and Design. Other exhibitions include Continuum, Manly Art Gallery & Museum, Manly (2012), In Clay, Hazelhurst Regional Gallery & Arts Centre, Australia (2011), Earth to Form, Tin Sheds Gallery, Sydney (2009), Sculpture by the Sea, Bondi (2005), Biennale of Small Ceramics, Zagreb (1995) and Drawn to Form: The Matter in Hand, Blacktown Arts Centre (2015). Auer has also participated in many international competitions and workshops such as Woollahra Small Sculpture Prize (2005) and 29th International Ceramic Competition, Gualdo Tadino (1982).