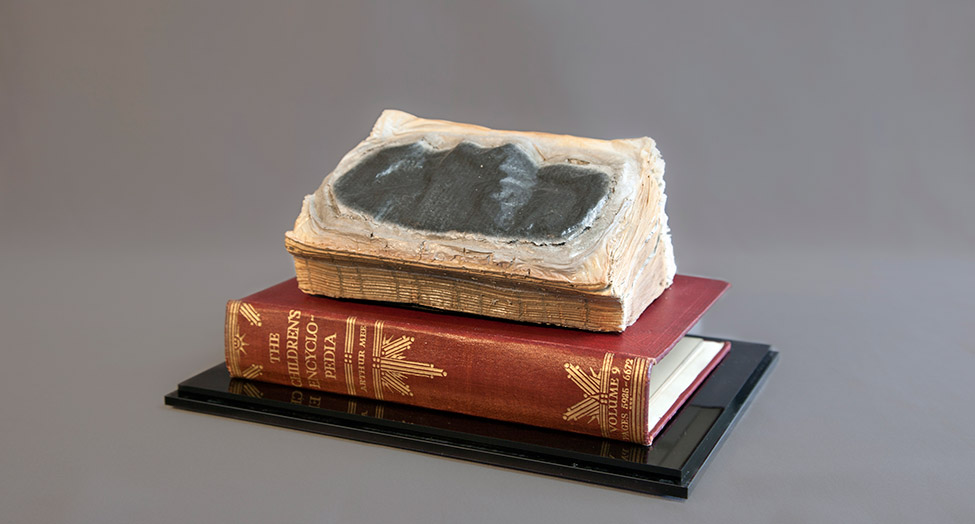 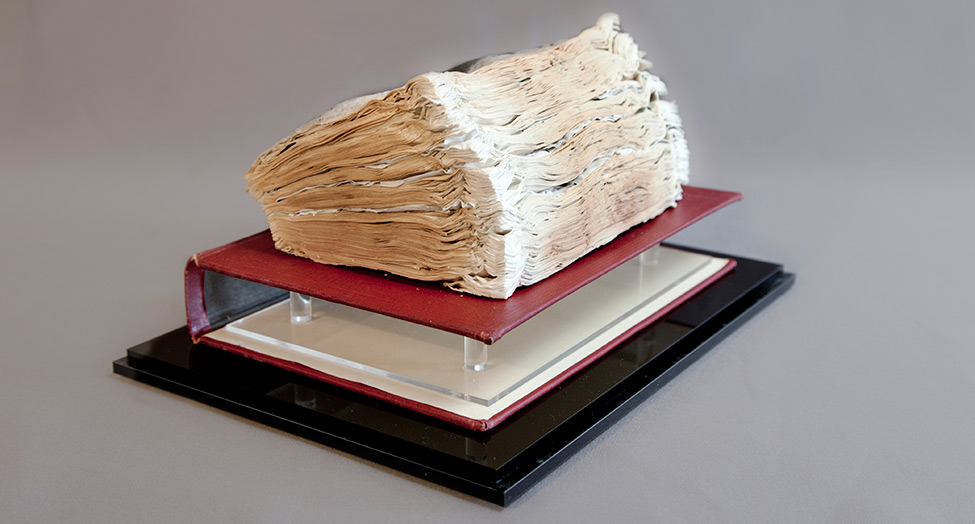 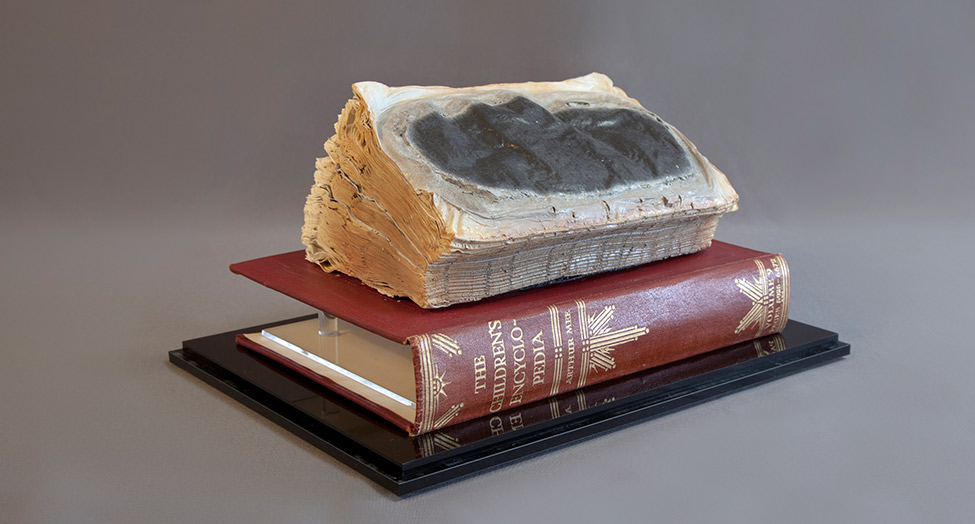 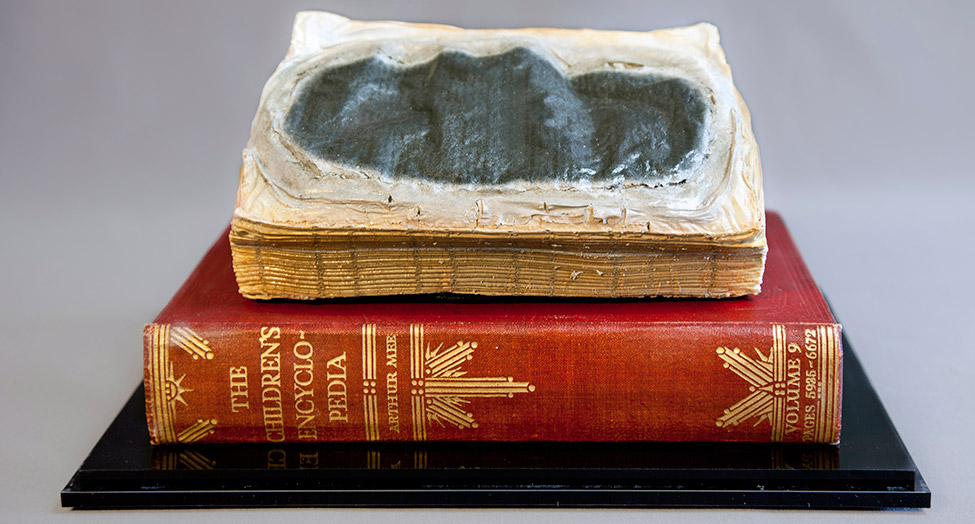 My works are poignant meditations on loss and longing. My art practice focuses on the disappearance of things, of people, places or objects, and their dissolution into remembrance, sometimes fantasy. I seek to portray absence as a presence, to reconstruct ephemeral mental states and sensations in permanent images or forms – as sites of loss. Paradoxically, what disappears leaves a phantom residue.

In this series of sculpture work, Encyclopaedia Vol 1-10, I have burnt a complete 1950s set of Arthur Mee's The Children's Encyclopædia. Cremated at 1280° Celsius, I concealed the residue of paper ash after burning and placed the pages on top of the original book covers. In Asian philosophy, burning is not only a process of material transformation, but also a form of communication. It can be likened to Buddhist religious practice whereby offerings are burnt so they may transcend this world and ensure the spirit of the deceased has things in the afterlife. Within this framework, the burning act is not as final as it could be read from a Western perspective; rather it is a changing of form to positively transition into something else.

Courtesy of Arc One Gallery

Cyrus has been invited to take part in different residency programs, including Helsinki International Artist Program 2013, The National Art Studio in South Korea in 2012, Cité International de Arts, Paris in 2009 and The Banff Centre, Canada in 2008. Her works have been shown in Australia as well as internationally in places like Helsinki, South Korea, Singapore, Japan, France, Shanghai and Sweden. She is the recipient of the Asia Link 2012, Skills and Arts Development 2011 and New Work (Emerging) Grant 2009 of Australian Council for the Arts, George Mora Foundation Fellowship 2008, Theodor Urbach Encouragement Award 2004, and The National Gallery of Victoria-Trustee Award 2003. Based in Melbourne, Cyrus is currently represented by Arc One Gallery.