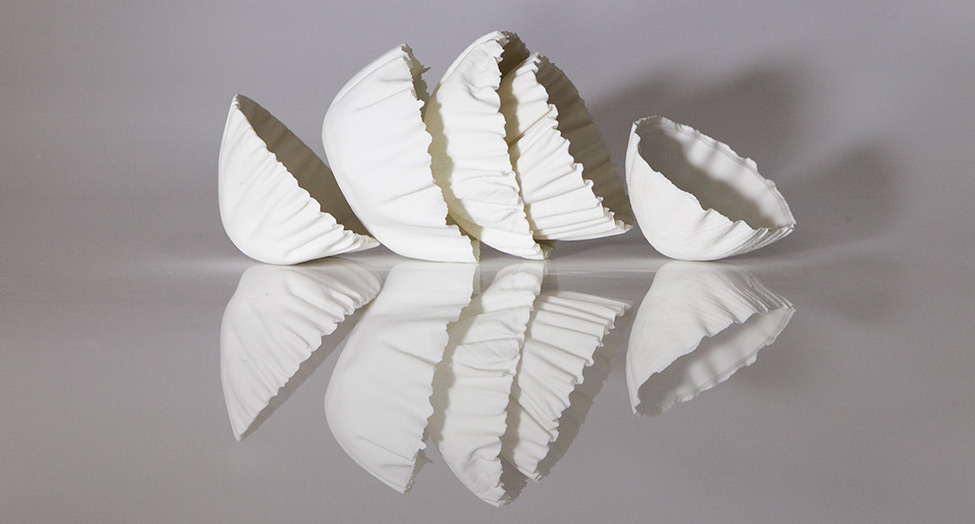 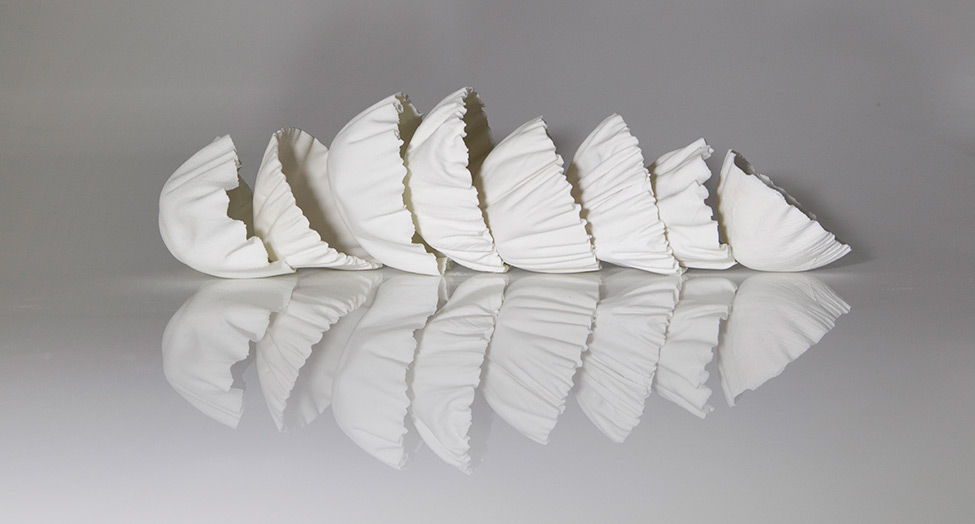 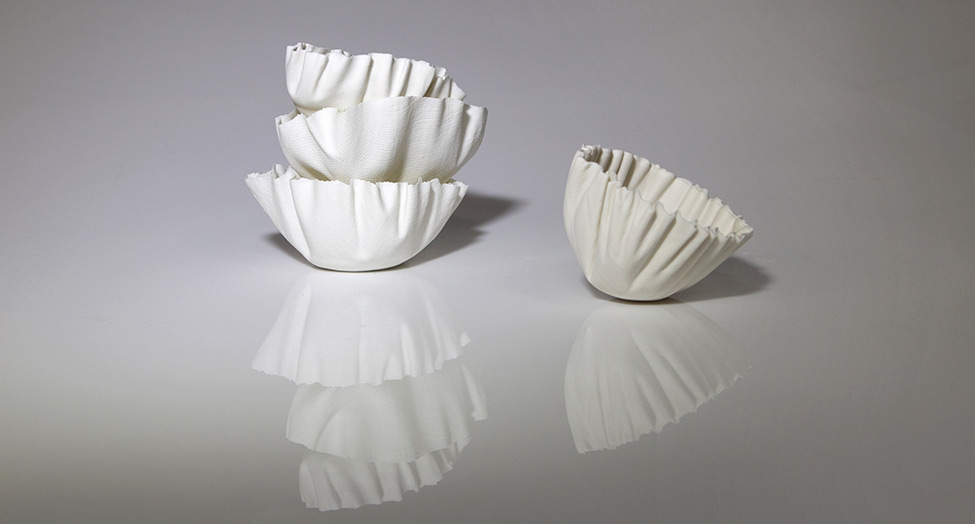 Gathering is a series of vessel forms assembled within and adjacent to each other. They bring together the elements of living that offer me comfort and solace: community, nature, sea, light, shelter. The forms are based on remembered and imagined places. In making them I was thinking about forms and lines in nature, in particular shells, the ephemeral vessels of home for sea creatures. The forms are assembled as a community. Textured cloth has been gathered to form a vessel shape that has been suspended and become a mould for the liquid porcelain. The residual thin skin of clay is imprinted by the fabric texture and the translucency of the fired pieces is revealed by light.

Sydney based artist Jan Downes works with Southern Ice porcelain, which is a pure white clay that offers the magic of translucency. It is challenging to work with as she etches and carves her surfaces in order to achieve a tonal range of translucency and diversity of markings. The thinner the porcelain, the more translucent, but also the more fragile.

Jan completed her Master of Fine Art at the University of Newcastle in 2001, having previously completed a Graduate Diploma in Art there in 1993 following a Bachelor of Visual Arts at Sydney College of the Arts (1991) and a Bachelor of Education from Canberra College of Advanced Education. She has a special interest in art for early childhood and was a Lecturer in Early Childhood and Primary Art Education and Ceramics, Fine Art between 1995 and 2012, working as a teacher and educational advisor in schools, TAFE and The Institute of Early Childhood Education.

Jan Downes, in conversation with Professor Ian Howard, discusses her work Gathering and answers questions from the audience. Recorded on 15 October 2016 at the exhibition.