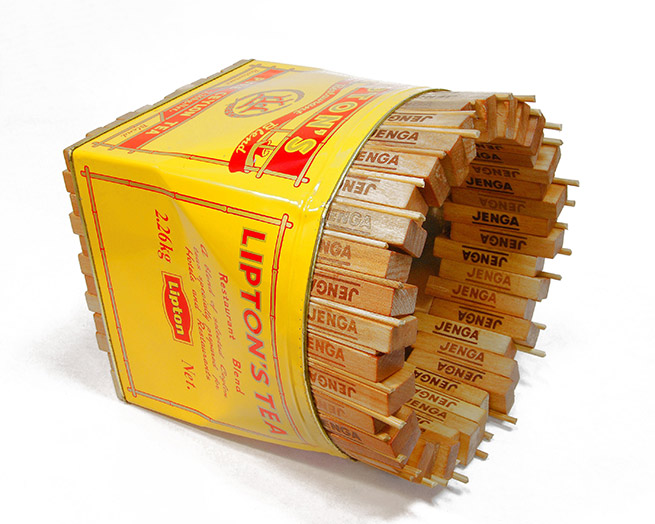 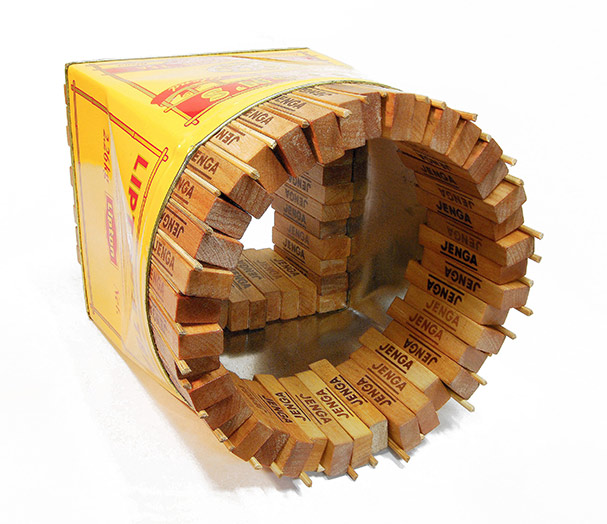 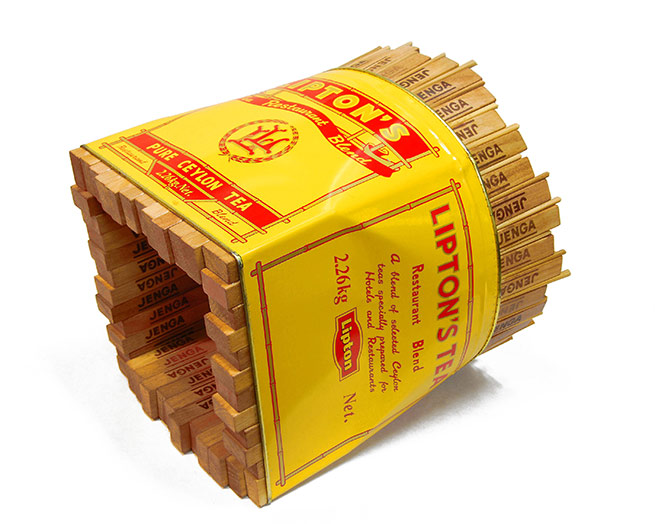 A dewdrop on a leaf, a soap bubble, a sleeping animal… in so many things in our universe, I have taken great interest in the efficient "circle" which I believe must have some special meaning.

In this work, I have inserted wedges of bamboo between blocks of wood to produce triangular gaps. In so doing, I bring the original square shape of the exterior and push it out to make it circular. Externally viewed, the side without the gaps maintains its square shape, firmly resisting any force that would try to make it round. I have tried to reveal the beauty in the shape of the unseen conflict between the force that would maintain the square shape and that which would make that shape circular.

Tetsuro Yamasaki was born in Nagasaki in 1958. He studied sculpture at Tokyo's Zokei University and graduated in 1986. He started producing sculpted art works and later teaching sculpture to Tokyo's next generation.

Yamasaki has held 13 solo exhibitions between 1987 and 2015 and has exhibited in numerous groups exhibitions. One of these was at the very famous temple in Kyoto called Kiyomizu-dera in 2006. He has won sculpture competitions and installed public works for The Tataragi Open-Air Sculpture 1994 Exhibition, Hyōgo, Japan. He also won the Prize for Excellent Work, and his work has been featured in Asago Sculpture Park. Tetsuro's works have been included in Sculpture by the Sea since 2014.