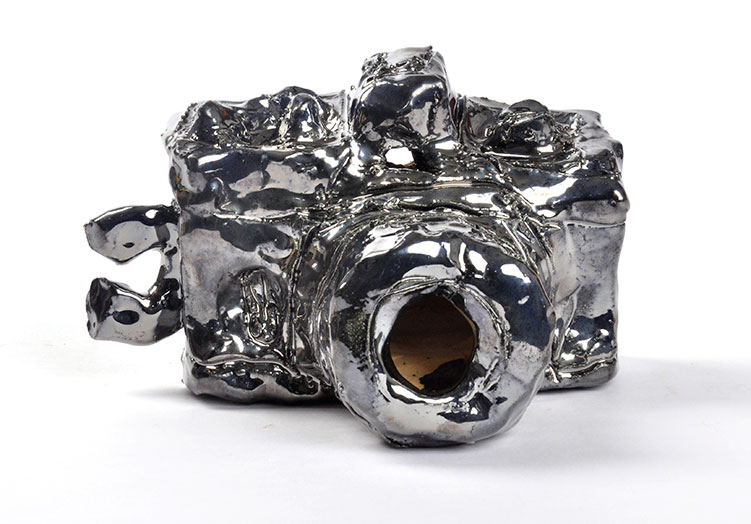 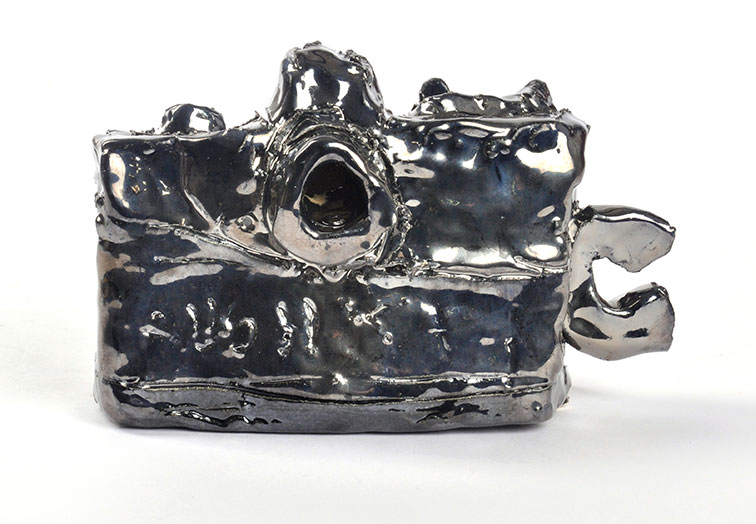 Alan Constable is a ceramicist who has exhibited in Australian and overseas galleries. His work reflects a life-long fascination with old cameras, which started at the age of eight when he would make replicas from cardboard cereal boxes. Now, many years later, his colourful sculptures present lyrical interpretations of technical instruments. Constable's finger marks can be seen clearly on the clay surface, leaving the mark of the maker as a lasting imprint. As a result, Alan Constable cameras can be viewed as extensions of the body, as much as sculptural representations of an object.

Alan Constable is both a painter and a ceramicist who has exhibited in Australian and overseas galleries. He has been a finalist in a number of prominent art awards including the Deakin University Contemporary Small Sculpture Award 2014, Hobart Art Prize 2014 and the 27th Gold Coast International Ceramic Art Awards.

Constable is renowned for his ceramic cameras: thirteen having been recently acquired by the National Gallery of Victoria. Constable has been a regular studio artist at Arts Project Australia since 1991 and had his first solo exhibition at Arts Project Australia, Viewfinder: Alan Constable Survey, in 2011. He has also had solo shows at Andrew Baker Art Dealer (Brisbane), Darren Knight Gallery (Sydney), South Willard (Los Angeles), and Stills Gallery (Sydney). He has been included in numerous group shows including Victoria Craft Award, Craft; Melbourne Now, National Gallery of Victoria; and MADMusée, Liège, Belgium. He is included in the National Gallery of Victoria's collection, Deakin University's collection and STORAC, the University of Sydney's Collection.