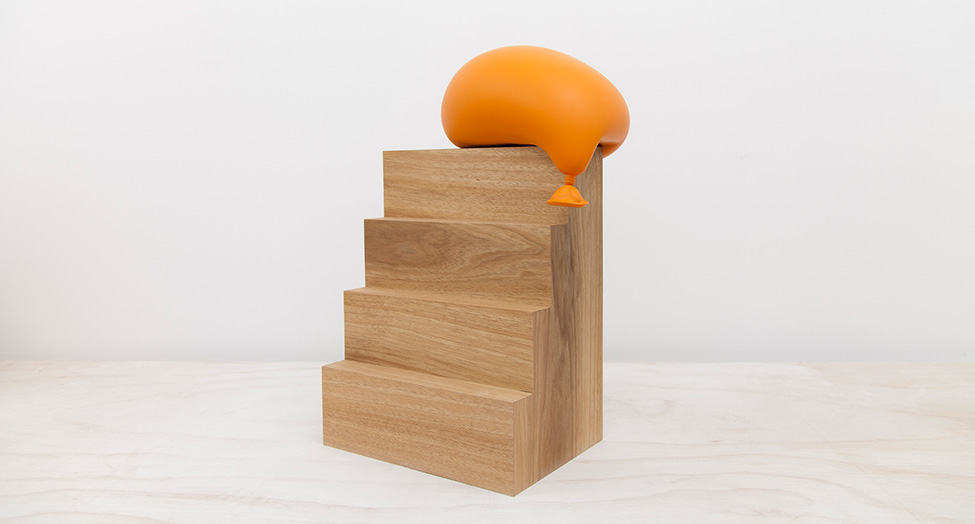 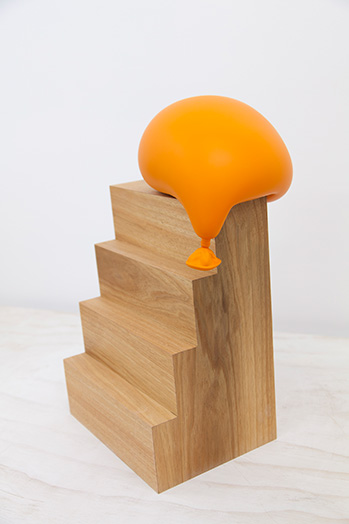 Psychic Staircase (2016) is a sculptural work originating from on an ongoing series of balloon inspired sculptures featured in Oooh and Experiments in Natural Philosophy. These feature balloons that droop and slump as the force of gravity appears to bear down upon them. The series explore sculptural presence, materiality and conditions of audience reception.

In conceiving this particular work, I am interested the physical sensation of vulnerability that one experiences through the feeling of vertigo, as well as the psychology surrounding particular architectural features such as stairs and landings. The work is cast directly from a latex balloon and finished with automotive lacquer. The balloon is balanced precariously on top of a model staircase. Notably the stairs are not realistically proportioned but rather distorted, with very narrow treads, emphasising the sense of isolation.

He combines his art practice with academic and research work as a doctoral candidate and Lecturer in Fashion, School of Design, University of Technology, Sydney.