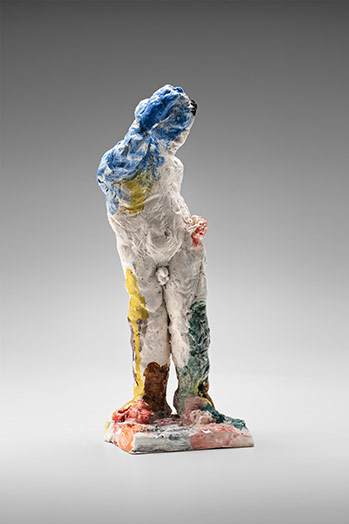 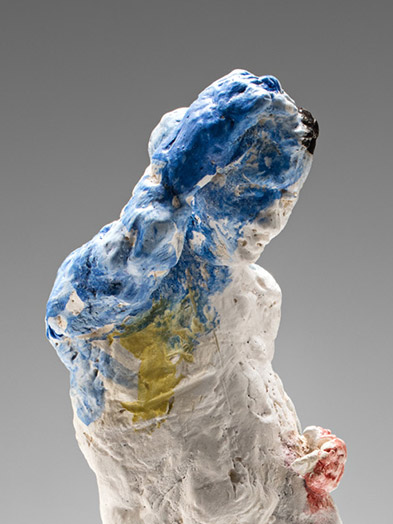 My idea is the human figure done in the classical manner but with a contemporary portrait, even a psychological one, of how we appear today. The work is made of ceramic, built hollow, with colour added through the use of fired glazes.

Stephen Benwell began exhibiting in 1975 and has been represented by Niagara Galleries, Melbourne since 2000. In 2015, Benwell exhibited Roman Holiday: Paintings, Statues, Vases at Sydney Contemporary, Australasia's international art fair. In 2013, a career survey of the artist's work, Stephen Benwell – Beauty, Anarchy, Desire, A Retrospective, was installed at Heide Museum of Modern Art. In 2014 Benwell was selected to exhibit in Melbourne Now, the National Gallery of Victoria's survey of contemporary practice.

Benwell has been the recipient of many awards including, the Sidney Myer Fund Australian Ceramic Award, the inaugural Deakin University Small Sculpture Award and an Australia Council Visual Arts Board New Work Grant. Stephen has worked from his St Kilda studio since 1986. He graduated from the VCA in 1974 and has an MFA from Monash University 2005.