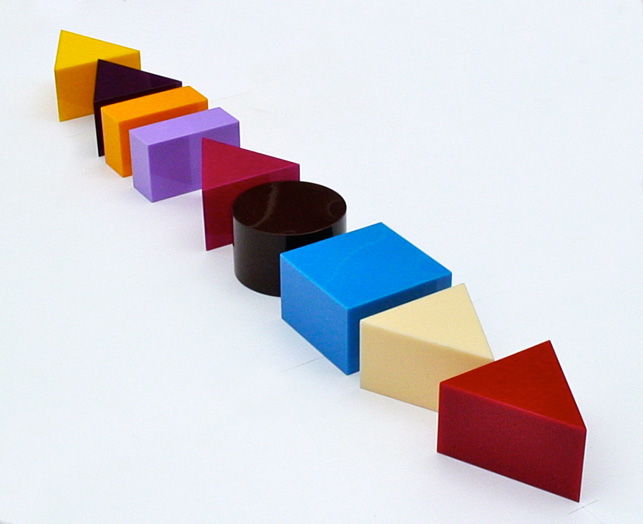 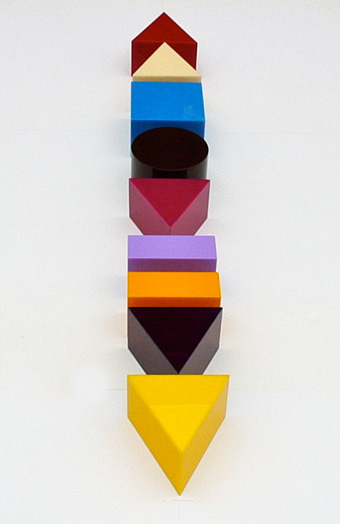 This sculpture is an arrangement of synthetic, coloured forms laid out to mimic the universally recognised touch control icons seen on analogue and digital devices. The work alludes to everyday life as often being in a sequence of moments comprehensively mediated by such devices, where decisions and responses can seem to resemble a chocolate box selection; reality filtered in a saccharin version of events.