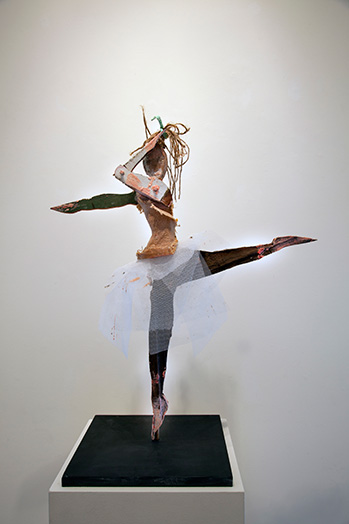 This sculpture takes as a starting point Degas's influential sculpture The Little Fourteen-Year-Old Dancer. Controversial when first shown in 1881, the wax sculpture was widely denounced both for its atypically realist portrayal of femininity and for its non-traditional use of media.

The sculpture is on a precarious balance to suggest the many difficulties a dancer encountered both on the stage and off, often having to work as a prostitute to make ends meet.