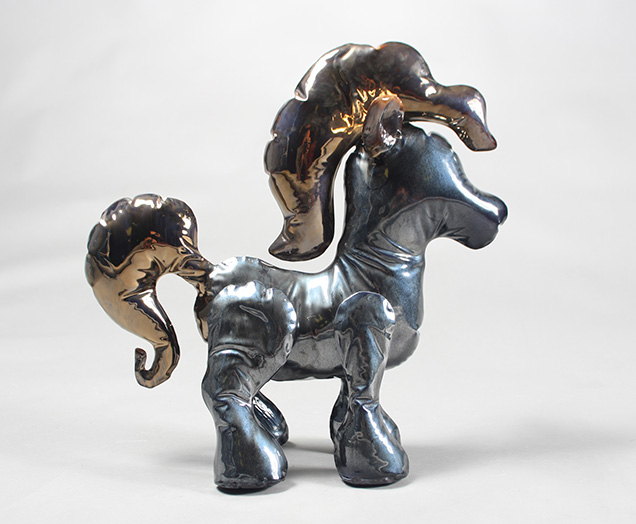 My practice explores the rising popularity of Anime, Manga (comics), designer toys, and computer games, and how they propel a powerful merchandising machine which generates superfluous amounts of objects, often marketed as "collectable".

The inflatable form is presented as a metaphor for the superficial lightness of commercial merchandising. The transformed inflatable object also situates itself firmly in the realm of illusion and chimera, connecting itself with the fantasy genre of computer games, animation, and film.