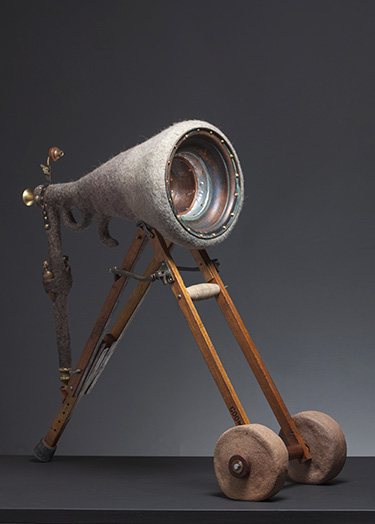 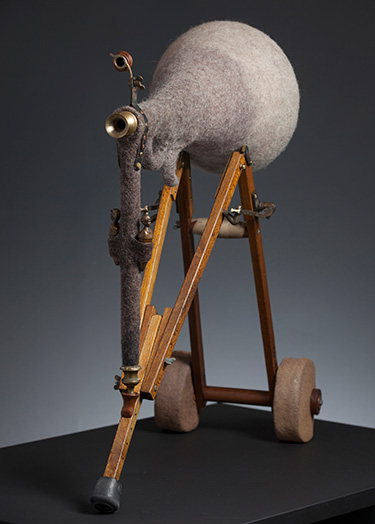 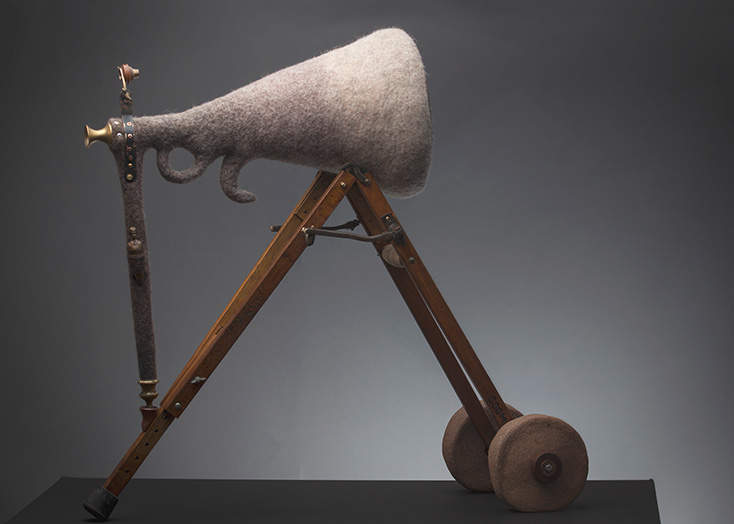 This improbable object is simultaneously a gun and a loudhailer. The accusation that weapons of mass destruction existed within Iraq was broadcast with such fanfare that many believed it to be true.

Speech can be used as a weapon to begin conflict. People, both civilians and combatants, have become bullets in the handle of the weapon. Felt is a nomadic material that has the ability to insulate sound. It is a material of travel, of isolation, of primal humanity, with spiritual warmth to it.