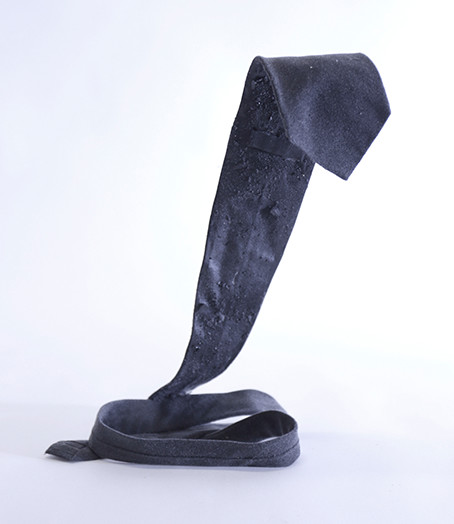 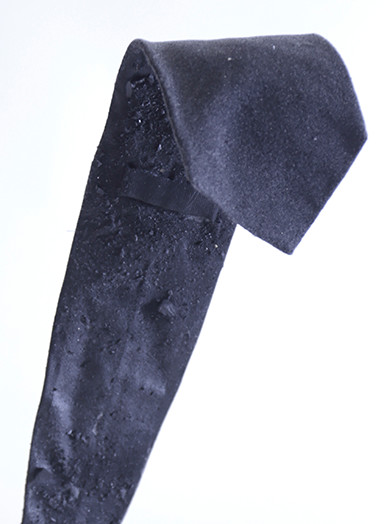 Bureaucratic Snake comments on corporate culture. It takes the everyday work tie and turns it into a snake.

Louis Pratt lives and works in Sydney. In 2000 he studied sculpture at the ANU School of Art, graduating with first class honours. In 2002 the College of Fine Art, UNSW, awarded him an Australian Post-Graduate Research scholarship for a Master's degree that he completed in 2004. From 2003 he began teaching in the COFA sculpture department and did so for 12 years.

Louis' approach to sculpture is to take 3D scan data of people from the real world into the digital world. With these digitised forms he employs digital tools to manipulate the scanned data. The tools include many types of algorithms and their application to sculpture. The next stage is to rapid prototype back from cyber space into the real world. Once there, he applies 3D printing experimentally to casting and materials. Louis makes the point that we are at an historical point in history in terms of technology and its effects on our lives. His approach is to examine and mimic a global process in works of art. At one level he depicts our appetite for fossil fuels, while at another he looks at our insatiable desire for the cyber world. Social issues pervade Louis' work, he sees his art as a mirror reflecting where we are socially and historically. Sometimes the tone is reproachful but mostly his art examines the contemporary world with a sense of its beauty.

His works are found in numerous private and public collections. Between 2015-16, Louis' sculptures were represented in every major sculpture award in Australia. He is the winner of the 2006 Woollahra Small Sculpture Prize as well as the inaugural Mt Buller Sculpture Prize, 2013.