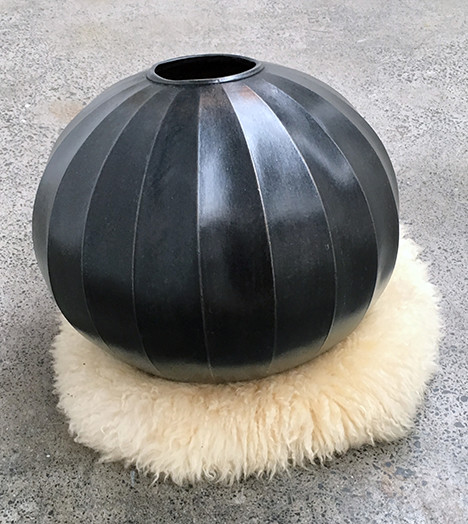 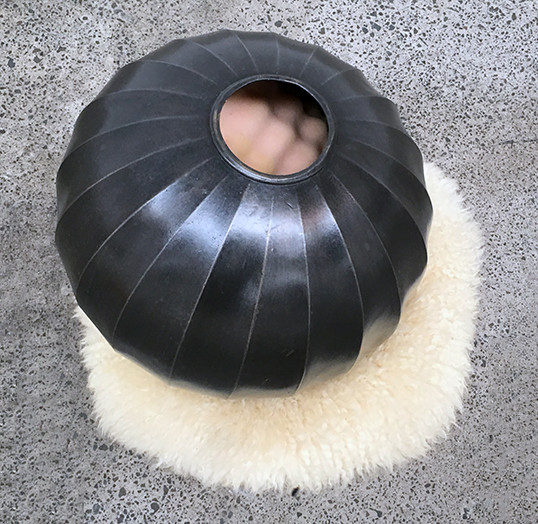 Glow is a continuation of research into modernist furniture and objects, and the meanings these iconic objects carry into contemporary ideas about style and taste today. There is a willful hybridity in the choice of materials which is intended to expand and question the orthodoxies of the modernist approach.

Domestic objects, although re-configured and re-cast, can still carry a nostalgia for the warm and familiar. The bubble lamp was designed by George Nelson in 1947 using his new technology of self-webbing plastic which resembled paper. Reworking this object in bronze transforms more than just the materiality of the object - the utility is now also reversed. It is no longer light in weight and nor can it emit light. This is a homage of sorts to the loaded symbolism that accompanies modernity and yet the intent is to dematerialise the memory of the original but not its legacy.

Natalie Guy's works sit lightly within a classically modernist tradition – a tradition consigned by many to the past, but one that remains persistent and perhaps as relevant as ever. One can sense a lineage back to Hepworth and Noguchi, but Guy invites the tricks and failings of memory so as to liberate the new works from that history. Increasingly the objects themselves imply site, particularly the utopian visions for example of the 1966 Sonsbeek Pavilion by Aldo Van Eyck, Japanese internal gardens (karesansui) and Mies van der Rohe's Brutalist architectural and public spaces. Against the diluted versions of modernism that contaminate so much recent corporate and retail construction, Guy’s works seem to want to act as poignant mementos, if not to the lofty aims of high modernism at least to the sensitivity that accompanied the best modernist aesthetics.

Guy has exhibited frequently and has been represented in all the major contemporary art awards in New Zealand over recent years. She was awarded a Merit Award in the National Contemporary Art Award 2014 and won the Woollahra Small Sculpture Prize in 2014. Guy is represented by Fox Jensen Gallery ‐ Sydney and Fox Jensen McCrory Gallery ‐ Auckland.