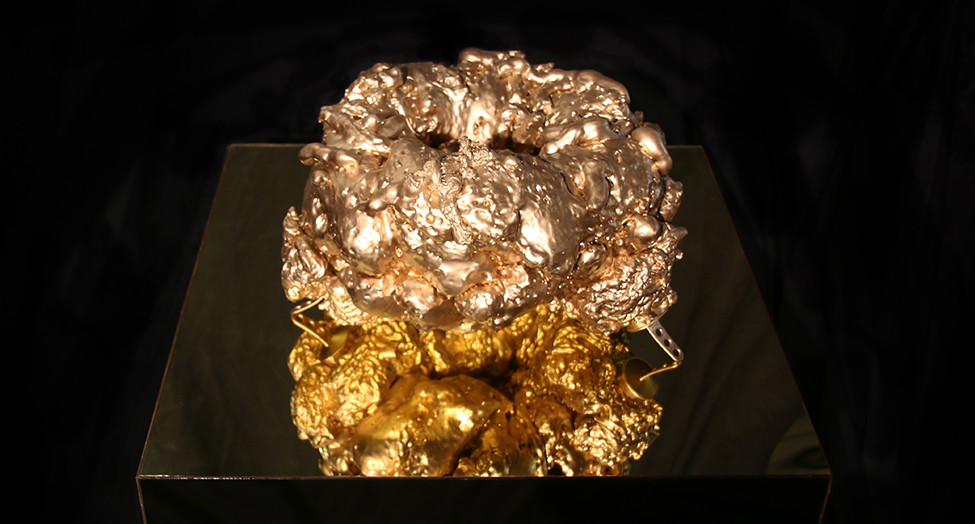 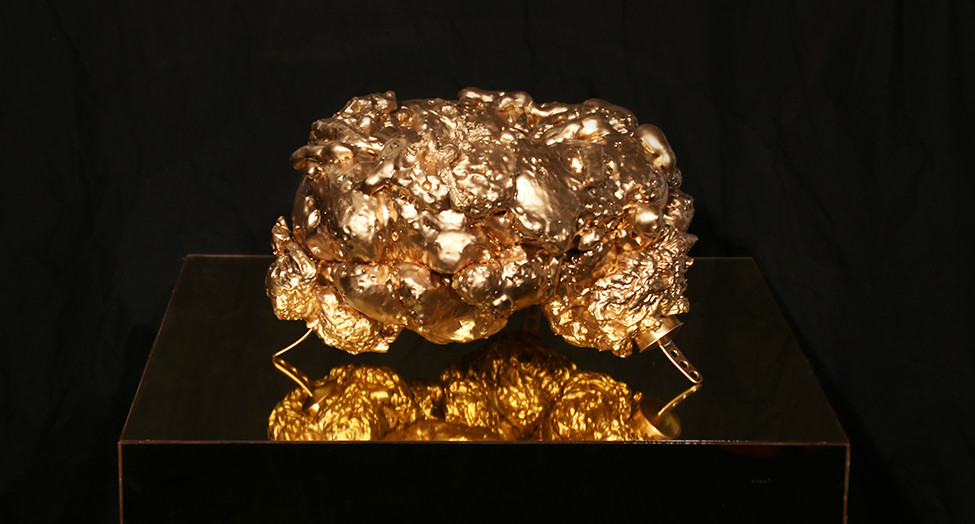 Golden Space Doughnut balances a posture of throwaway playfulness with the pretence of jewel-like preciousness. That is, the work is neither entirely serious nor merely silly, and it seems to be part of the point in that it is hard to know what to make of it. A golden object set upon a golden plinth contrasts classical elegance and lowly fashions, exploring tensions between image and object. The abstract and timeless concept of desire is linked with tangible yet transient commodification of the object. This is material and materialism: glitter and the dysfunction of desires.

Giles Ryder is based between Thailand and Australia. A graduate of Griffith University, he also undertook postgraduate studies at Sydney College of the Arts and Kunsthochschule Berlin, with funding from Anne & Gordon Samstag International Visual Arts Scholarship. Ryder was a recipient of the ARTAND Australia/Credit Suisse Private Banking Contemporary Art Award in 2006 and was an Asian Pacific Artist Fellow at Korea's National Museum of Modern and Contemporary Art in 2011.