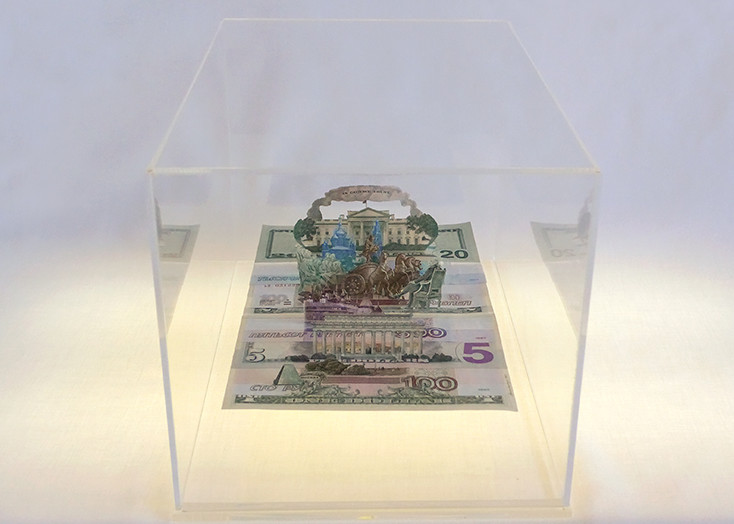 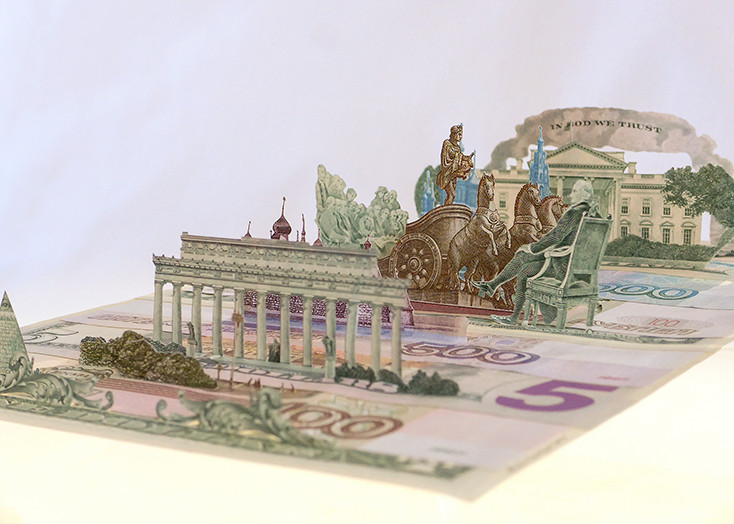 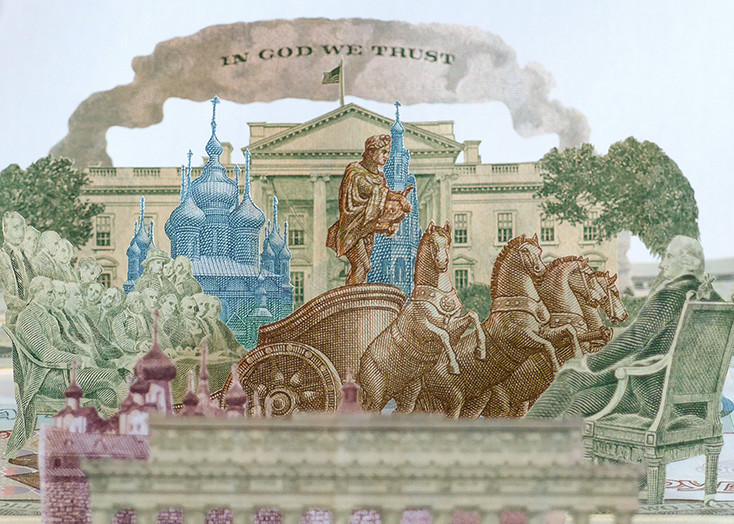 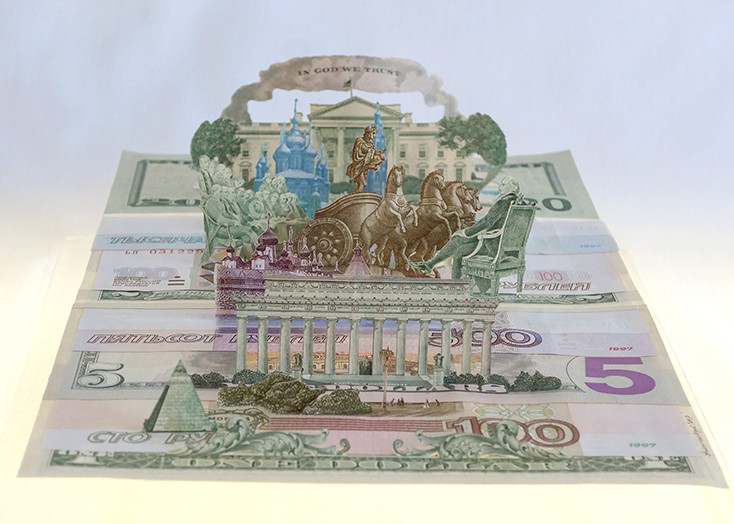 Moneyscape III, from the Imaginable Landscape series, originated from a response to childhood memories and experiences of the world through images printed on banknotes.

The work operates on the charming quality of the miniature world where collision of mythologies and histories create a multi-layered dynamic landscape. Through a linear arrangement of hand-cut Russian Ruble and US Dollar banknotes, attention is drawn to the theatrics of the power relations between Russia and America that have ensued since the Cold War. At the centre, the Russian Ruble features the ancient Greek deity Apollo riding a chariot, bringing to mind Friedrich Nietzsche's term The Apollonian Tendency – a feral impulse to bring discipline and structure to the irrational. Positioning Apollo in a confronting position between figures in the US two-dollar bill which features the scene of the Declaration of Independence, casts a tongue-in-cheek comment on the approaches to governance by the two nations.

Moneyscape III presents pressing international relations in a satirical and humorous, yet mystifying, manner of a perceived fictional veil. Is the Declaration of Independence more democratic than the Apollonian tendency? Who exactly has the upper hand? How are we embroiled in the aftermath?

Born in 1974, Dr. Abdullah M.I. Syed is a Pakistani-born contemporary artist and designer working between Sydney, Karachi and New York. His art practice weaves real and fictional narratives of east and west, seamlessly knitting together cultural and art historical references and concerns from each.

Trained in diverse disciplines, Syed utilises a variety of mediums and techniques to investigate collisions between art, religion, economy and politics. He holds a PhD in Art, Media and Design (2015) and a Master of Fine Arts (2009) from University of New South Wales, Sydney. Syed also holds a Bachelor of Art in Design (1999) and a Master of Education (2001) from University of Central Oklahoma (UCO), Oklahoma, USA. He coordinated the Department of Design at the University of Karachi and has lectured at UCO (2000-2003) and UNSW Art & Design (2009-2012).