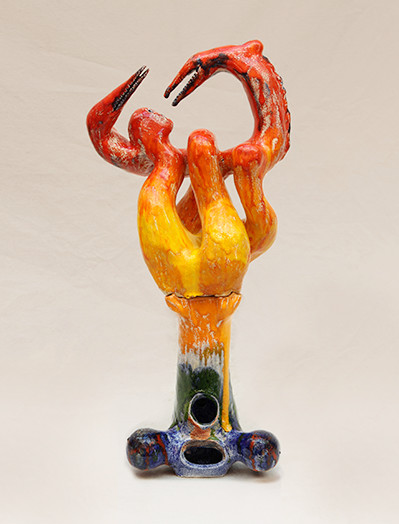 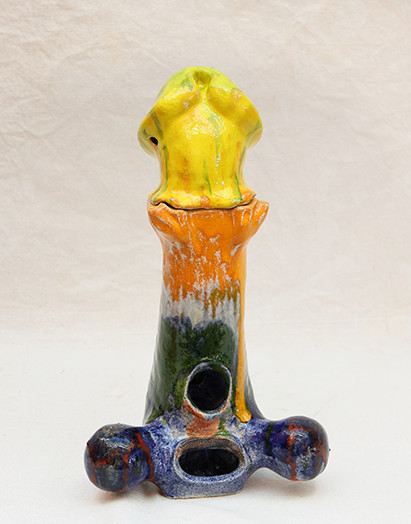 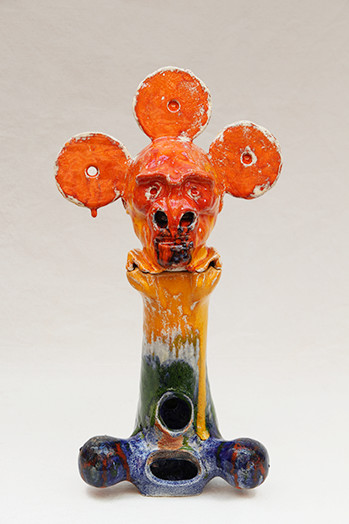 The work is glazed in saturated low-fired cadmium hues with deep blue and green under tones referencing the processes of heat that transform clay into vitrified ceramic. Applied expressively, and counter to the intricate construction of the forms, the hot colours intensify ongoing preoccupations in my practice: primality, the body, energy flows and sexuality.

In 2010 Trevor completed an MVA entitled Kynical Shit, and in 2015 a PhD entitled Dirty Tricks at SCA, University of Sydney. Both research projects focused on aspects of ceramics and clay in contemporary art. He is a regular contributor to exhibitions and events at artist run galleries including Marrickville Garage and Stonevilla Studios, Sydenham.