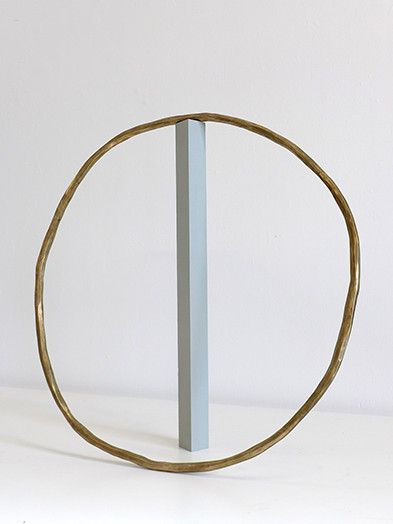 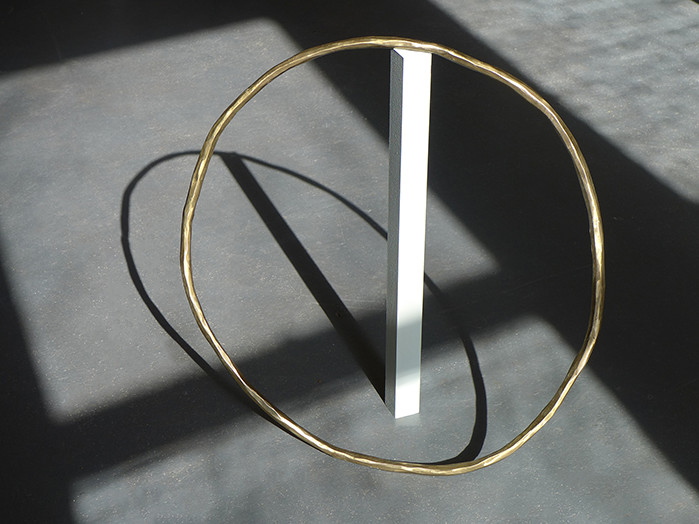 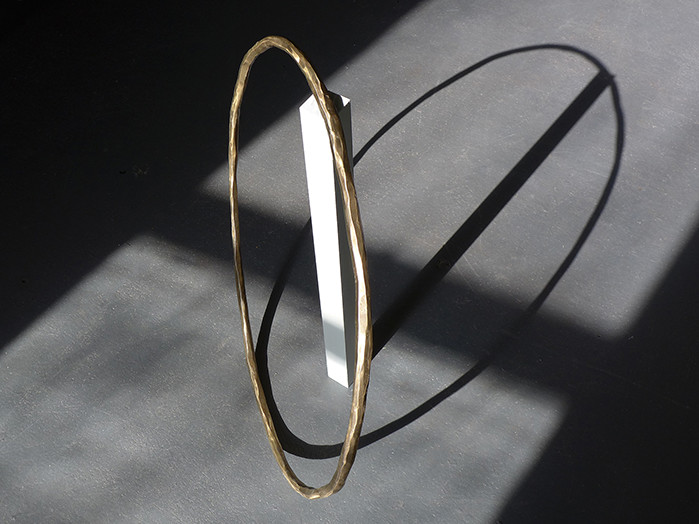 This bronze ring was employed as an object for a series of performances titled Solar objects, held towards evening's diminishing westerly light which occurred across Sydney, as well as in the township of Warrnambool in western Victoria during a winter solstice. Held aloft in the hour preceding dusk, this object briefly captured and reflected the ephemeral materiality of the evening sun at a specific moment in time. The perpetual distribution of the sun's vast energies across the surface of the earth – seized by the biological landscapes of preceding millennia – impregnates the planet through a 'solar line of descent' (Yusoff, 2015). Amassed underground, that energy haunts as fossilised remains of distant landscapes transformed into geologic matter.

Bianca Hester's expansive practice involves sculpture, performance and alterations to public space, which is approached as a complex constellation of human timescales, inhuman durations, geologic materials, atmospheric forces and histories. Sculptural objects feature at the heart of this practice as props used to form embodied connections to place.

Hester completed a PhD in sculpture at RMIT in 2007 and has since exhibited widely. Recent projects include Converging in time (with Open Spatial Workshop), MUMA (2017); TarraWarra Biennial (2016); movements materialising momentarily, ST PAUL St Gallery, Auckland (2015); Fashioning Discontinuities, 19th Biennale of Sydney (2014); Hoops: sound tests, performances, documents, Melbourne Now, NGV (2013); only from the perspective of a viewer situated upon the surface of the earth does day and night occur, Glasgow International Festival for Visual Arts (2012); a world fully accessible by no living being, which was the winning entry for the Melbourne Prize for Urban Sculpture (2011); please leave these windows open overnight to enable the fans to draw in cool air during the early hours of the morning, ACCA (2010); and, projectprojects at The Showroom, London (2008). She is currently a Sidney Myer Creative Fellow (2017-2018) and an Artspace studio resident.