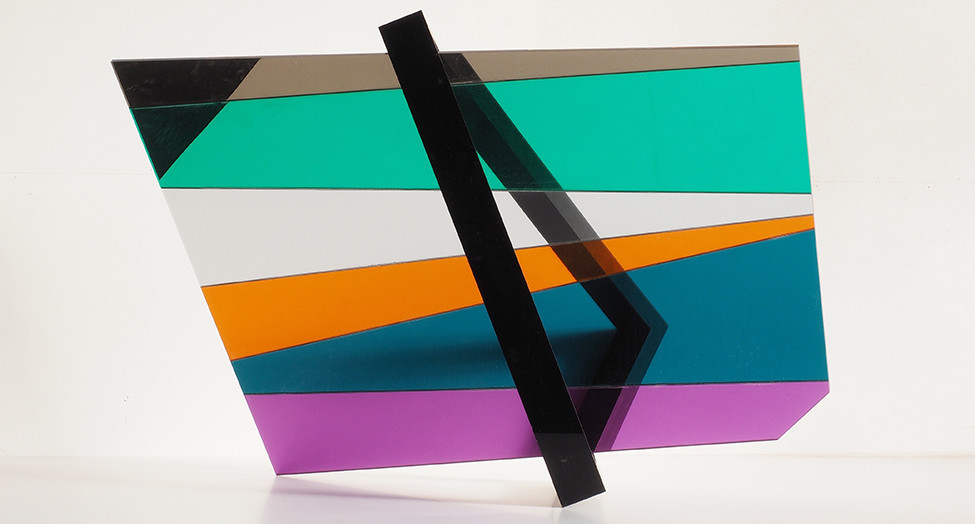 The Sun is here

Data is light
Light is data

Screen technology and culture relies on multiple ingredients. An energy source is primary, however it is the pure data and the lighting components that are my interest. Every image that is produced on a screen is made from data, or 1s and 0s. This information often travels from a remote location and at the same time, in a sense, attempts to relocate the viewer.

A mirror is a screen not too different. A reflection can place a viewer in an alternate landscape and provide multiple perspectives; the imagery no longer has mass or volume just like digital equivalents.

John Nicholson is a Sydney based artist and part of the Birmingham Street Studios hub. He graduated from Sydney's College of Fine Arts in 1992 and since that time his solo exhibitions have included a number at the Sophie Gannon Gallery, such as 2016's Glow, and the Sarah Cottier Gallery, both of whom represent Nicholson in Melbourne and Sydney respectively.

His works are held in private and public collections around the world, including those of Seoul's Goyang City, New York's OMI International Arts Center, Deutsche Bank, Mirvac Corporation, Bond University, and Zing Communications in Australia.