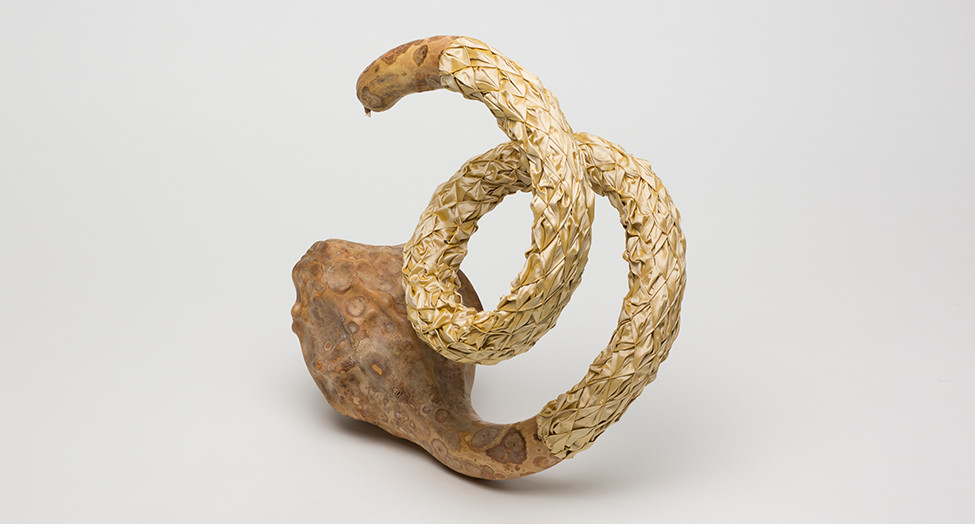 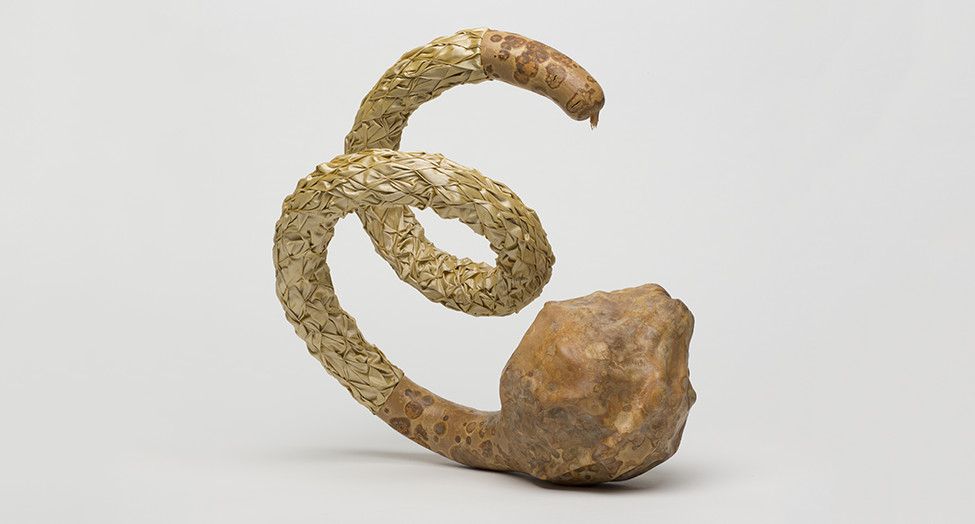 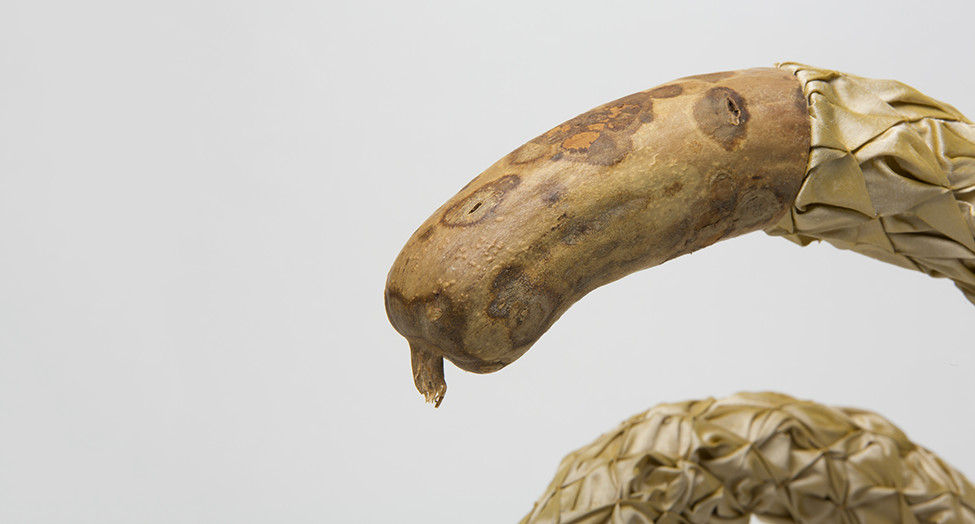 Hybridising naturally occurring plant forms with practices of costuming and adornment, my work addresses themes of fecundity, ritual and the cycle of the seasons. Much of my work draws on world mythology, religion and superstition and reflects an ongoing interest in ancient yet enduring ceremonies and folklore. Of particular interest are rituals and performances that invoke the phallus as a symbol of virility, seeking to affirm life and ward off death.

Tucked Bend is a playful meditation on such rituals which utilises the gourd, a peculiar fruit with many auspicious connotations due to its affluence of seeds, fast growth rate and refusal to rot. Although the use of the gourd in my work began as a light-hearted riff on its overtly phallic properties, its symbolic associations with fertility, a plethora of progeny and resurrection have become equally significant.

The lovingly hand-sewn extension to the gourd's appendage in Tucked Bend is intended to be equal parts playful and delicately rude. While the work is characterised by a bawdy sense of humour, as with many things that make us laugh, it is also intended to be taken seriously.

Julia Robinson is a South Australian visual artist working in the field of sculpture and installation. Her work reflects an interest in religion, the afterlife and death and how humans address these concerns through ritual. Drawing on established belief systems and a multitude of sources including myths, fairy tales and European superstition and folklore, Robinson examines our discomfort with the finality of death. Recent works draw on depictions of harvest, fertility and resurrection rituals in folk horror films such as The Wicker Man (1973) and Wake Wood (2011).

Since graduating from Adelaide Central School of Art, Julia has exhibited regularly and been the recipient of a number of grants and awards. Recent exhibitions include Versus Rodin: Bodies Across Space and Time at the Art Gallery of South Australia, Long Ballads at Ideas Platform, Artspace, The Song of Master John Goodfellow at Greenaway Art Gallery, Structure for navigating an unknown afterlife at Art Pod and One to rot and one to grow at the Contemporary Art Centre of South Australia.

Julia is currently lecturing at Adelaide Central School of Art. Her work is held in the Art Gallery of South Australia, Artbank and private collections.