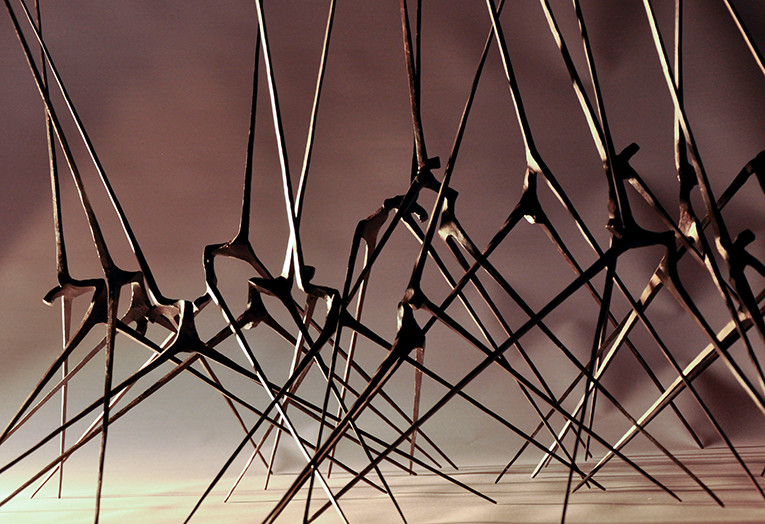 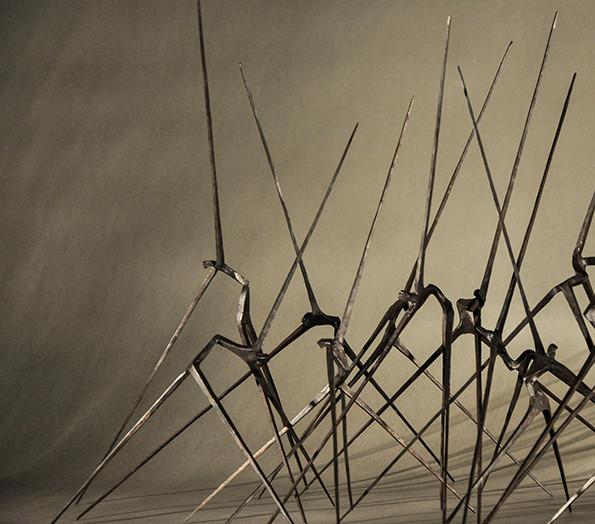 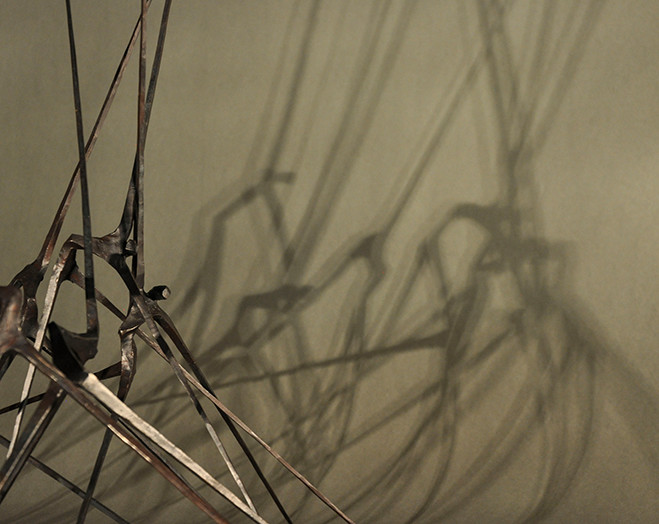 Based on an ancient device of war, the caltrop, used to prevent pursuit. They form angular yet straggly graceful figurative forms.

Will Maguire is a blacksmith based in country New South Wales.

The idea of blacksmithing is steeped in myth and history but essentially as a skill-based craft. The tangible shaping of hot metal with the tools of blacksmithing forms a medium for expression through sculpture. His attachment with iron is not clear, it provides a real permanent directness while being soft and eminently pliable while hot. This combination continues to be tantalizing and, at its best, ultimately rewarding.

Will was an artist in residence at the Penland School of Crafts in the USA in January 2018. He was an invited mastersmith designing and leading the creation of a one of 24 panels for a large peace memorial in Ypres, Belgium in 2016. He exhibited at Sculpture by the Sea in 2014 and has completed many public and private commissions including the 5 ton steel workers memorial for the ex-BHP steelworks site in Newcastle.