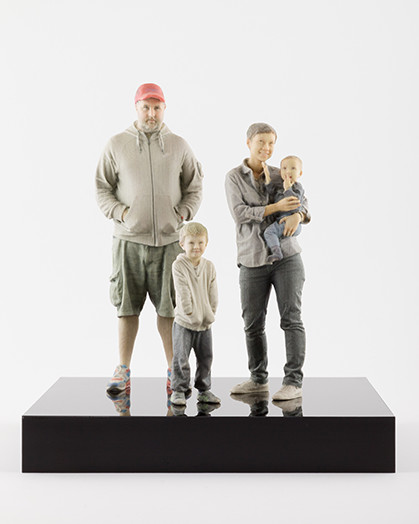 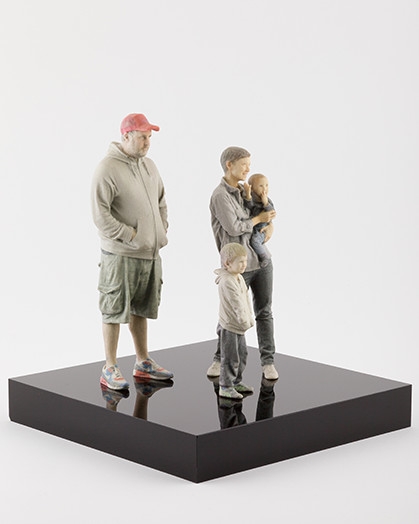 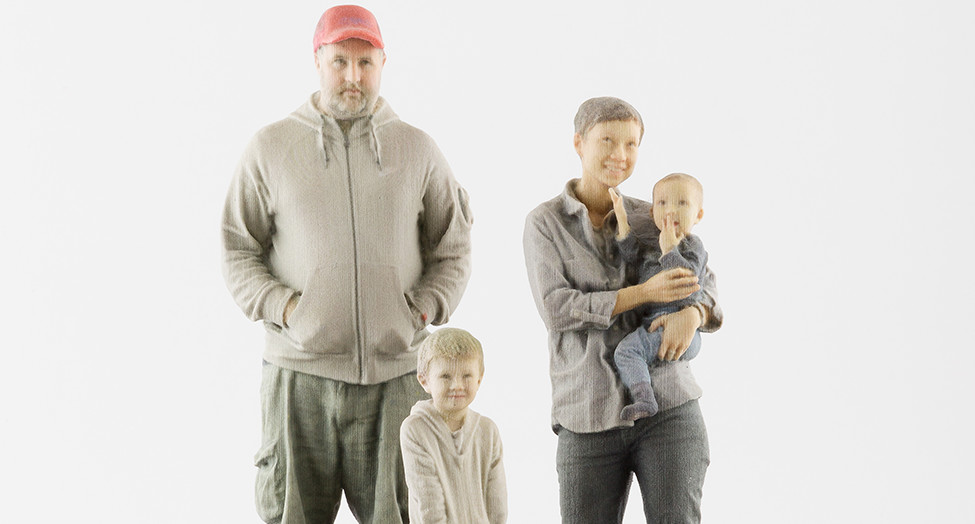 The Family Portrait is the result of a trip to Japan where I decided to use 3D scanning of my family to output a 3D printed polymer portrait. As an artist who is better known for a painting practice I decided to approach the idea with a more playful and contemporary mode of production.

The process involved having a digital model developed through a composite of more than 50 DSLR cameras taking continuous images for 30 minutes. The data is then outputted to a 3D printer that builds a 3D model in polymer layers. This process interested me given that it works in opposition to more traditional notion of sculpting by removal of material. The printed polymer was then sent off to Germany where all the wonderful details are sprayed and finished.

I wanted to convey my family in a positive way and this felt like a playful and appropriate way of doing so. If all else failed then the kids would have their own action figures.

Sydney based artist Jasper Knight is well known for his bright, bold and expression filled paintings focusing on industrial landscapes and urban environments. Knight received his Bachelor of Visual Arts from the Sydney College of the Arts, University of Sydney in 1999 and completed his Master of Arts majoring in Painting and Drawing at the College of Fine Arts, University of New South Wales in 2003.