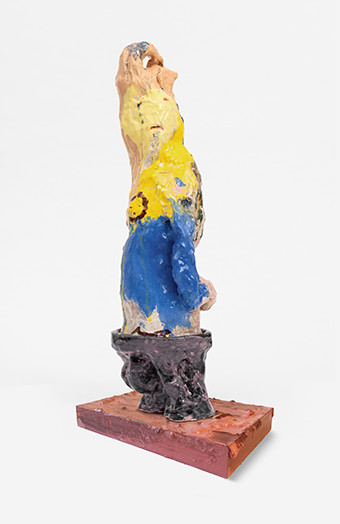 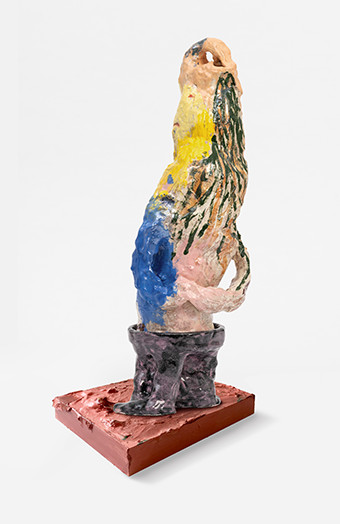 Hands behind her back

The starting point for this work began from within an existing work - a painting. In my paintings I try to hover around figuration so as not to say too much, or even enough, but to offer my viewer a moment, a pause for them to find their own way through the work. Sometimes it takes some time to excise a small section of the work to zoom in and find the figure. Hands behind her back turned up all by herself in a moment of delay. Sometimes this occurs in my paintings by pure accident. She reminded me of the diva in an opera I worked on many years ago so I stole her from the painting and made her in clay. In the lexicon of opera, the 'goddess' is a queen, a sorceress and sometimes has great death scenes - always dramatic. In the real world she throws tantrums backstage, eats pizza and sings in the shower. This female deity celebrates resilience and endurance. She stands back and listens with her hands behind her back, extending the minutes and absorbing the world.