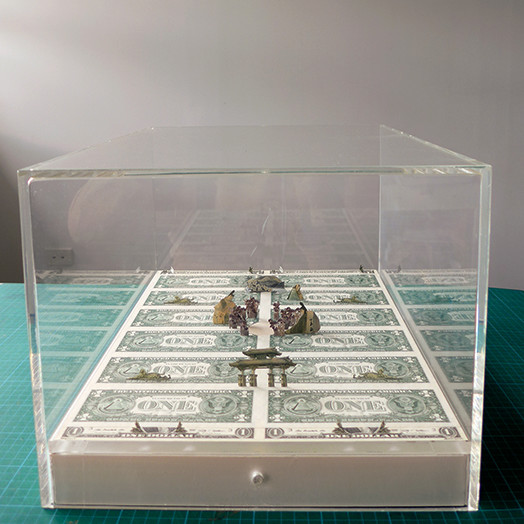 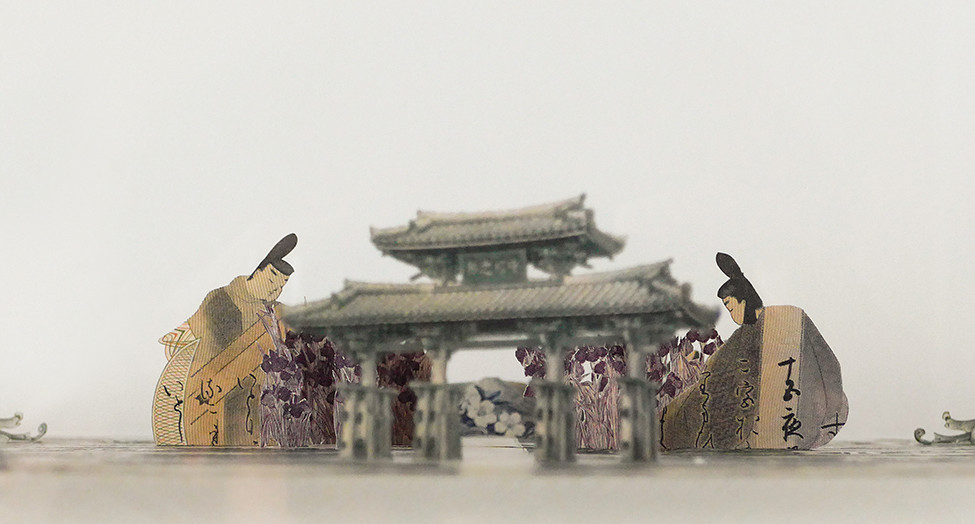 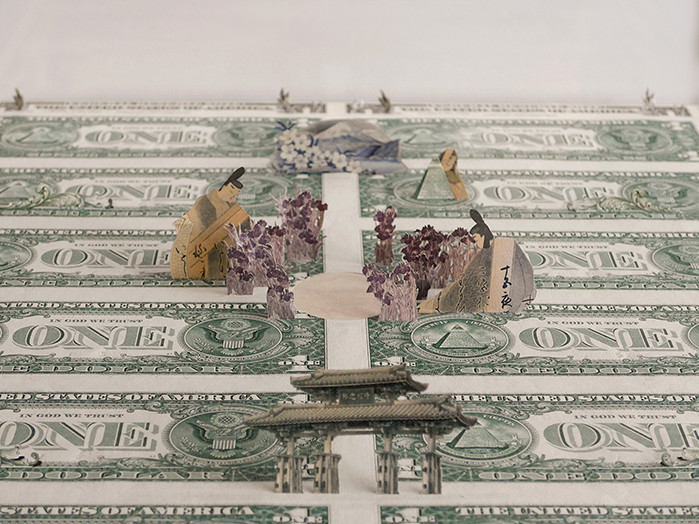 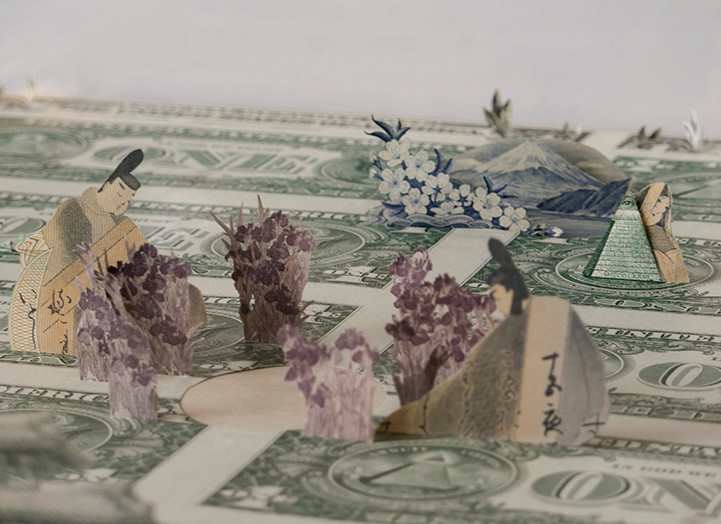 Moneyscape II explores the construction of grand narratives surrounding modern-day mythologies through hand-cut pop-up dioramas made of various banknotes. Moneyscape II visualises levels of cultural assimilation as a significant difference between the art, architecture and belief systems of Japan and the US, who were once enemies but now have major influences upon each other’s cultural, political, and economic landscapes.

After more than 200 years of voluntary isolation, Japan was forced to open its doors to the western world in 1854 and eventually globalised its economy, rapidly exporting to the west and beyond throughout the mid-20th century. The inclusion of Shureimon, a landmark gate at Shuri Castle, cherry blossom flowers, and the majestic Mount Fuji all suggest the threshold between traditional and modern Japan. Similarly, the US one dollar bill is emblazoned with the nation's official motto “In God We Trust”, the nationally revered bald eagle, and mysterious occult symbols, such as the Eye of Providence. Through the fusion of Japanese yen and US dollars, Moneyscape II locates itself within a socio-political geography that is governed by systems of divine economy that are maintained through tropes of cultural homogeneity.

Dr. Abdullah M. I. Syed is a Pakistani-born contemporary artist living and working between Sydney, Karachi and New York. Trained in diverse disciplines, Syed utilises a variety of mediums and techniques including sculpture, video installations, drawing, performance and texts to investigate collisions between art, religion, economy and politics.