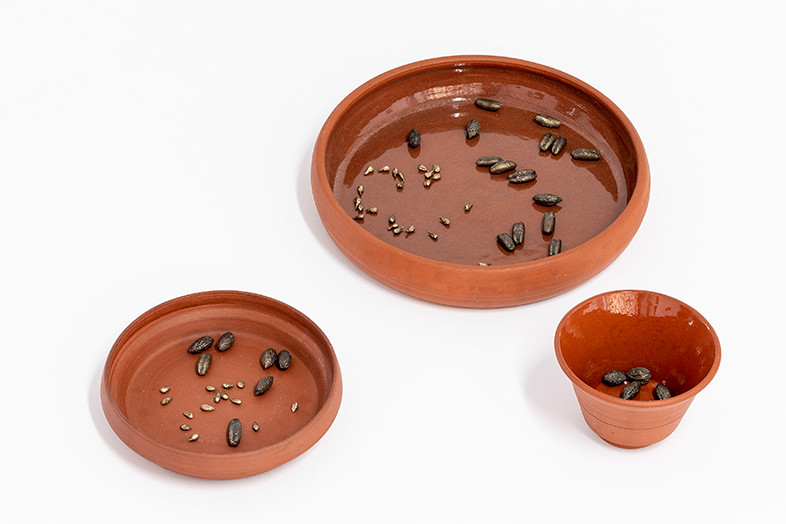 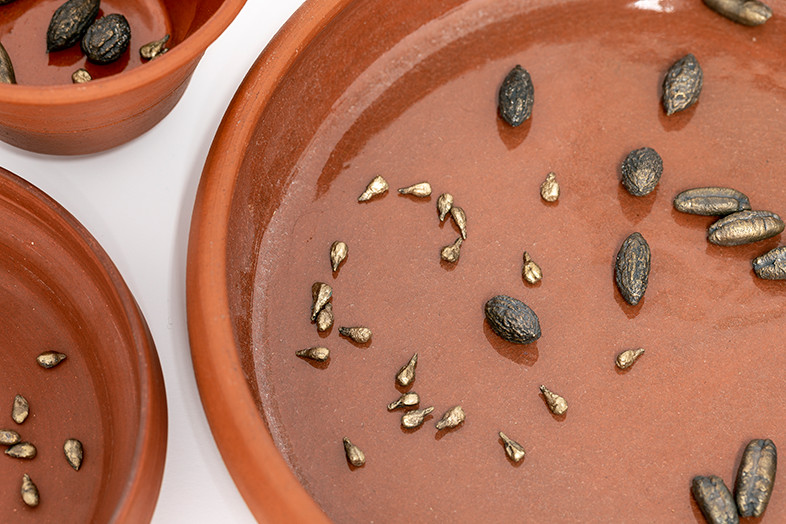 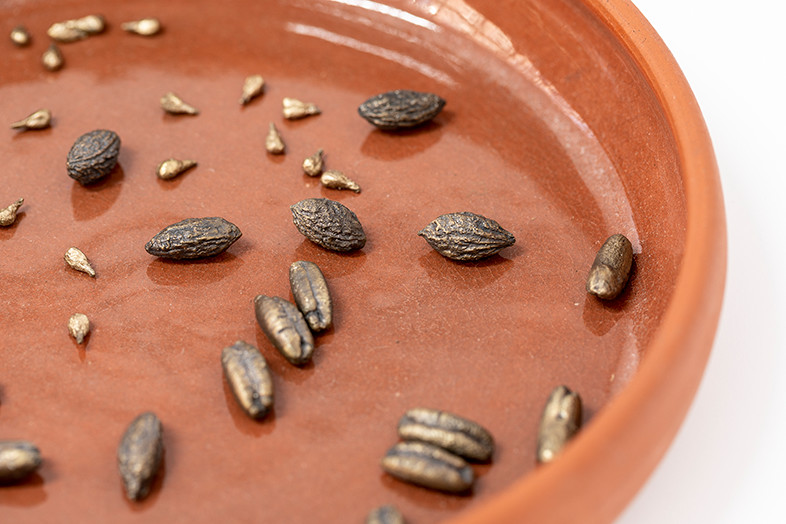 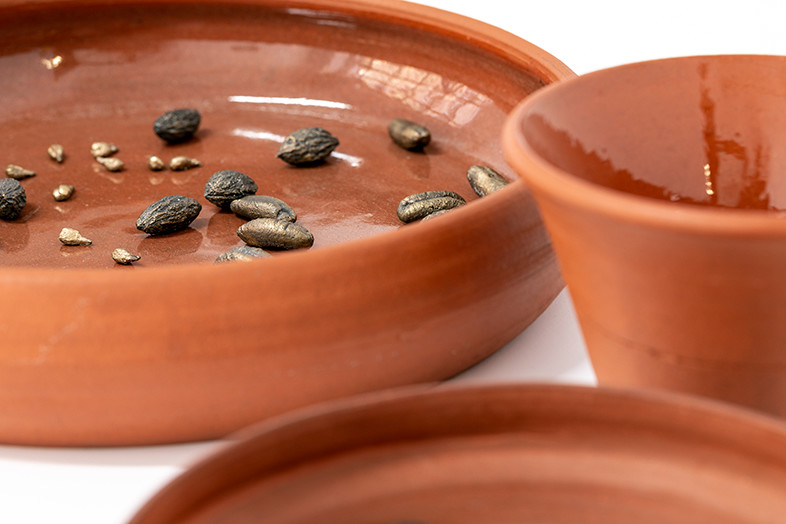 No more than a handful of years I & II

This work was made in response to the British Museum's collection of Roman Samian ware pottery found along the UK coast. Known as pudding pan pots, these Roman bowls, plates and cups were first brought ashore in the 18th century by fishermen. The pottery was made in Lezoux (central Gaul) and transported by ship to Britain during the late 2nd century AD, but the ship carrying the Samian Ware was wrecked off the coast of Kent where I live. The pottery found by the fishermen was sometimes used by local families to cook and eat or sold to antiquaries.

The sculpture comprises replica Samian Ware containing bronze casts of seeds associated with fruits introduced to Britain by the Romans; namely, apple, grape and date seeds and olive stones. The casting process was done through "burning-out" (rather than through casts) the original seed/stone is encased and put in the kiln where it becomes ash and the negative space is replaced with bronze, in a way the original seed/stone goes through a kind of cremation to become an artwork; each bronze cast is unique and an exact replica of its original.

London based artist Hannah Lees’ work investigates ideas of cycles, constancy and mortality; the sense that things come to an end and the potential for new beginnings. This constancy, be it in religion, science, history or in organic matter, is visible in her practice through her attempts to make sense of and recognise traces of life.