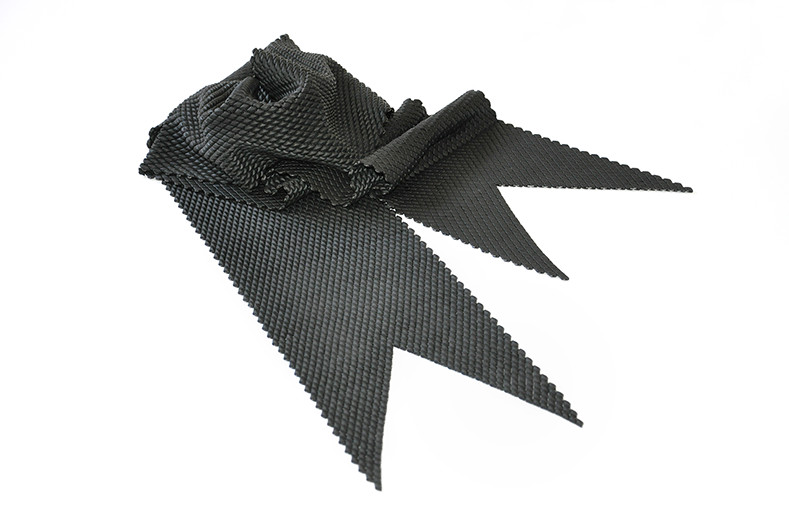 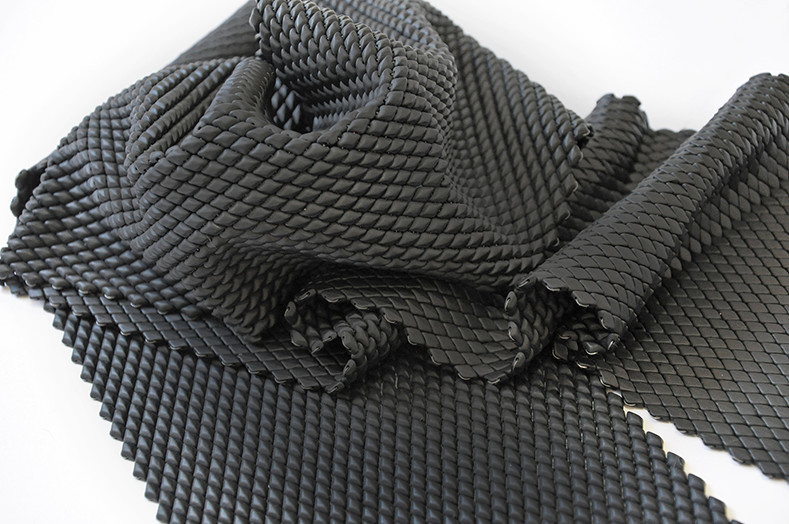 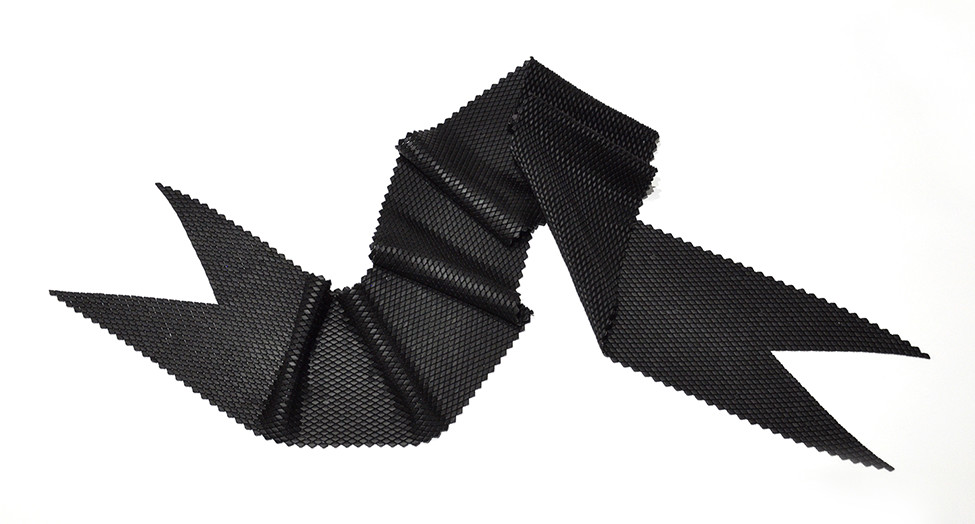 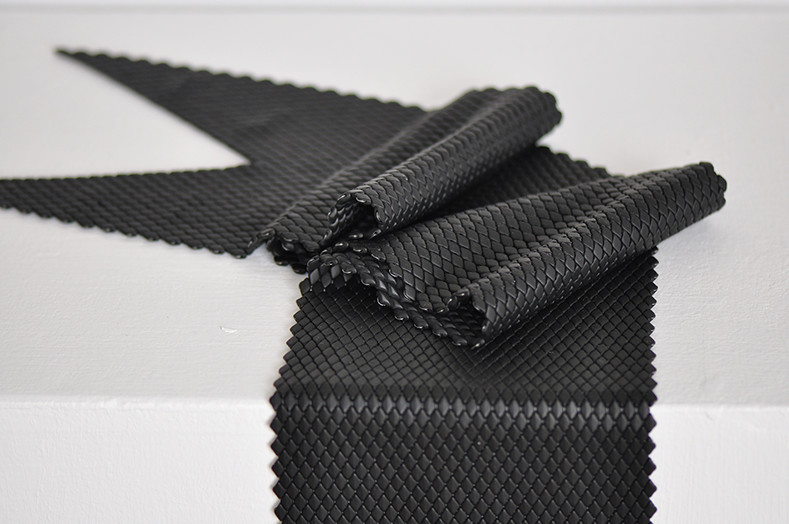 Ribbon (matte black) was created in 2018 while on a residency in New York City. It is a soft sculptural work of diamond-shaped glass beads, pieced together a few beads at a time to create an enlarged, outsized, oversized even version of a satin ribbon. Ribbon inhabits an in-between space - an interstice between 'hard' and 'soft', resembling draped fabric, but yet not entirely malleable. It possesses an almost enigmatic weight and presence.

Paula Dunlop is an Australian artist, designer and maker. A former dressmaker, she works across both art and fashion, drawing from embroidery, weaving and garment-making practices to create objects and jewellery with needle and thread. In 2009 she co-founded a community fashion and art collective, and completed a PhD in fashion, design and ethics in 2011. Her work has been shown throughout Australia, and, most recently, in Hong Kong and New York City. Dunlop has a persistent interest in form, construction, and design-through-making; in parts, wholes and processes.

Recent work explores the formal properties of glass beads – their form, texture and geometric qualities, their pattern and repetition, as well as their ability to be assembled and re-assembled in multitudes of combinations. The materials, which are conventionally applied to the body or to objects as decoration, are instead built into sculptural forms in their own right. Dunlop employs time-honoured (and time-consuming) construction techniques, preferring to work by deferring to the limitations presented by the material and by deferring to the processes of the form itself: she is led by bead, thread and weave.