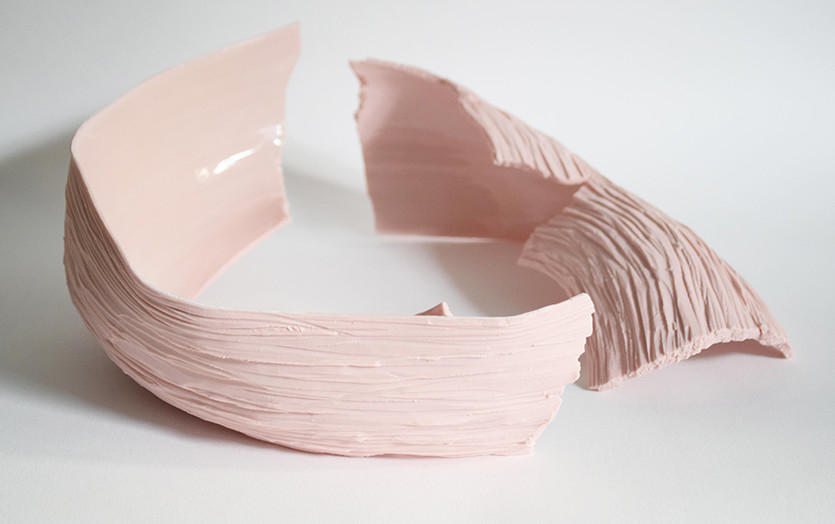 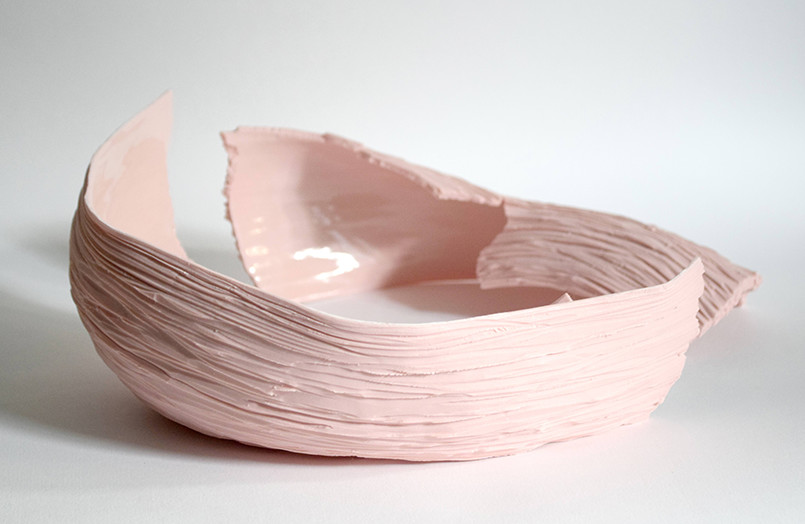 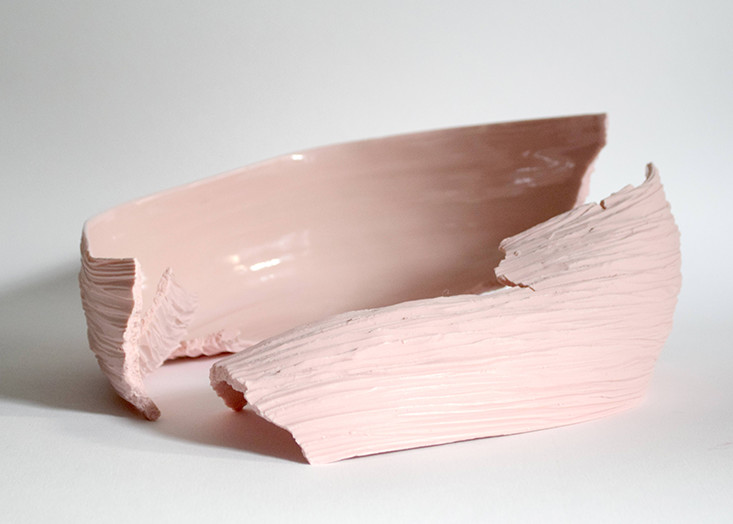 Rip me apart (2018) explores the expressive nature of porcelain. As if stuck in a movement, this work shows pink, almost flesh-coloured, porcelain frozen in the act of being torn apart. Referencing both the physicality of throwing porcelain on the wheel as well as the plasticity of clay itself, this work is porcelain being pushed to its limits. Both sharp and soft, flowing yet static, the binaries in this work keep it on the precipice of appeal and repulsion.

Eloise has been a finalist in the Dobell Prize for Drawing at the AGNSW (2011), Clunes Ceramic Award (2015, 2017), North Queensland Ceramics Prize (2016), Gold Coast International Ceramics Award (2016); and Ravenswood Women’s Art Prize (2018). Eloise has completed artist in residences with Woollahra Council (2016) and Arterie at the Chris O’Brien Lifehouse, RPA (2015). Her work Local Faces (2016) has been exhibited at Woollahra Library at Double Bay and Woollahra Council Chambers.