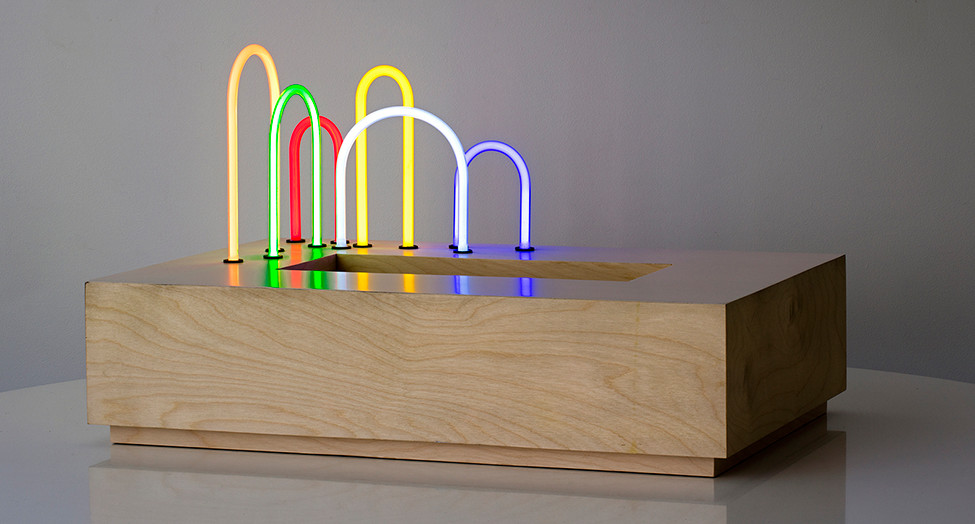 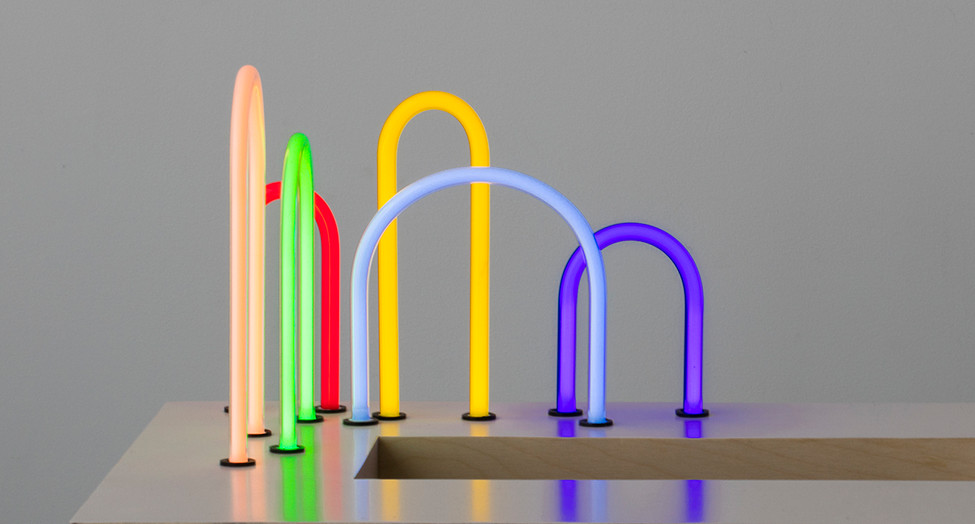 The continual condition: positions taken is part of an ongoing series of works that brings coloured neon and furniture forms together. With its origins in literary references this work assembles elements as if in a scripted scenario. The colours are chosen to find uneasy connections, the neon gathered on a wooden platform that is like an arena, a circus or stage. The work does not identify characters or a specific narrative, rather it presents a scenario where elements gather in a dynamic moment - anything can happen and the encounter could evolve easily into an easy exchange as it could into a contest or a stand-off.

In each work within the series the neon elements change in colour, number and scale as does the stage. What is prioritised is the idea that between the elements there is the charge of exchange. The work connects to references in design and architecture, in particular Memphis Design, which assembled a range of disparate elements. The work builds on my extensive use of neon and reconnects to early beginnings in my practice when furniture was used recurringly in sculptures and installation.

Brendan Van Hek works across mediums, incorporating materials such as neon, mirror, glass and metal. Ranging from text-based work to large-scale abstract installations, his work deals with narratives located in personal history, fiction and cultural politics. Brendan graduated with Honours from Curtin University Western Australia in 2001 and currently lives and works in Sydney.

Brendan has exhibited internationally in Amour Fou, New Westminster New Media Gallery, New Westminster, Vancouver; Shifting Geometries, Australian Embassy, Washington DC; and Becoming: Worlds In Flux, C24 Gallery, Chelsea, New York. In 2012 he undertook a residency at ISCP, New York, and was the recipient of a Mid-Career Fellowship from the Department of Culture and the Arts WA, and in 2013 and 2016 a New Work Grant from the Australia Council.