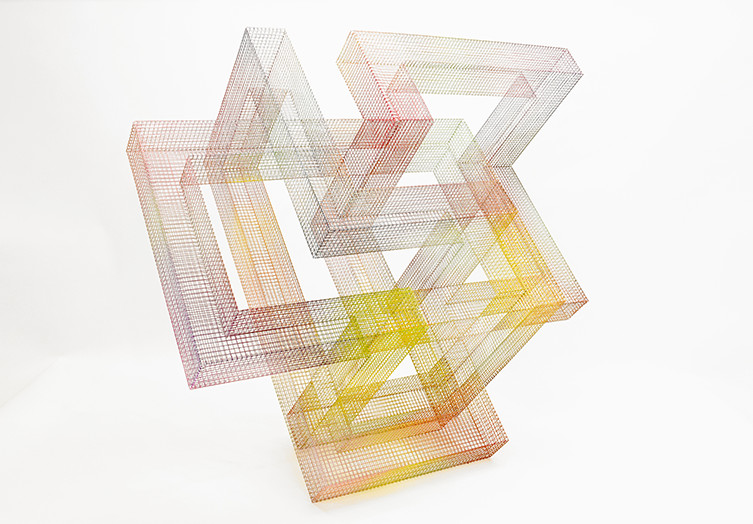 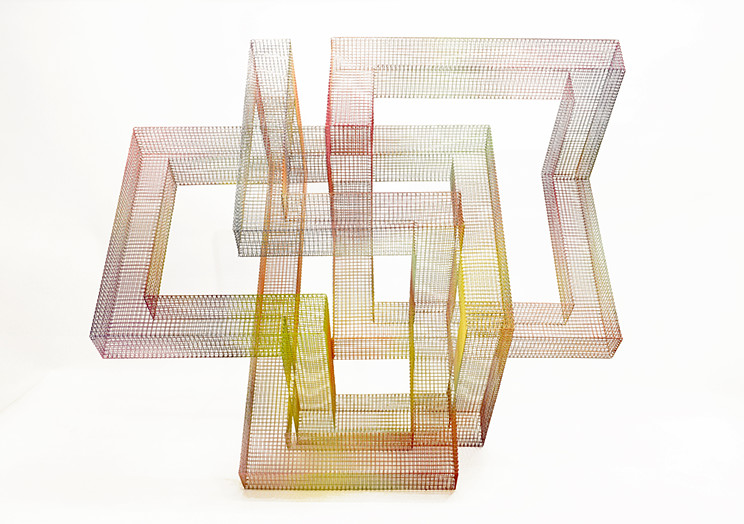 The Weight of Love

It is difficult to talk about love without descending into cliché, as love's consequences are often just that. Love is not trite, love is powerful, it can alter perception and shift time. It is a catalyst for action, a cause of movement. We carry it along with us, it carries us along with it. Love is a contradiction, it is both powerful and fragile. It is everywhere but sometimes hard to find. Sometimes love makes us feel lighter than light itself, sometimes it is a seemingly unbearable burden. I wonder is love a feeling or simply the cause of feelings? Feelings are fleeting, love is immutable, unfaltering in its determination to make change. Defining the indefinable and making physical the immeasurable, is the occupation of fools and artists. At best an approximation of the incredible is possible.

Lincoln Austin is known for his sculptural and multimedia works employing geometry, optics, material and scale to playfully explore the blurred boundaries between ideal and physical realities.

Lincoln has held solo exhibitions in Adelaide, Brisbane, Melbourne and Sydney, including at the Institute of Modern Art, Brisbane (2008) and Ipswich Art Gallery (2009). His work has been featured in numerous group exhibitions nationally including Open, Closed at Queensland University of Technology Art Museum (2012) and Light Play, University of Queensland Art Museum (2015). His work has been included in group exhibitions in Italy and Japan.

Lincoln’s work is held in many public collections including QAGOMA, UQ Art Museum, Ipswich Art Gallery, and the Australian Government's Artbank. He has completed numerous significant public art commissions for both public and private institutions, including the Queensland Museum, Brisbane City Council, and the Ipswich Magistrates Court. In 2015, he undertook an Australia Council for the Arts residency at the British School, Rome. In 2017 Lincoln received funding through Arts Queensland to develop new work and mentor Queensland-based artist Jordan Azcune.