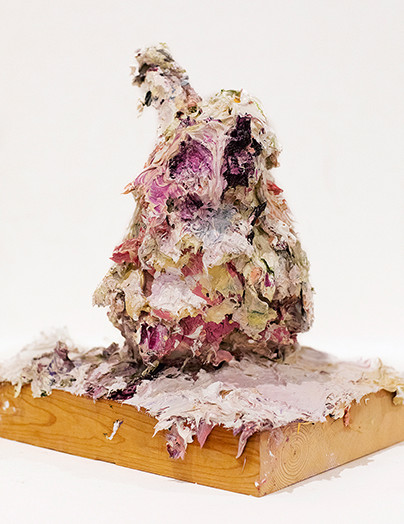 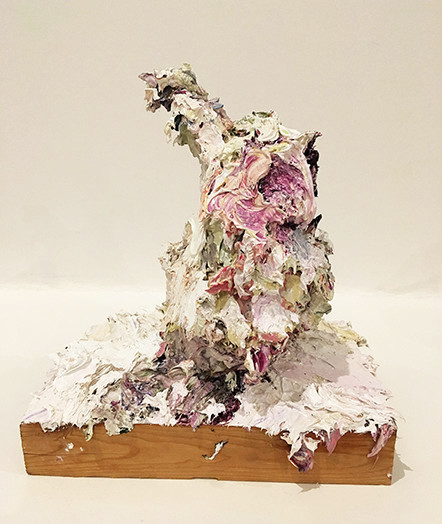 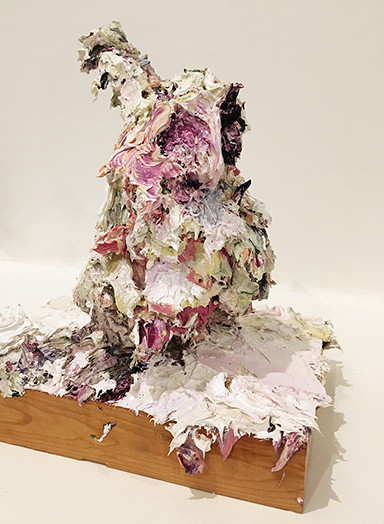 There's A Monster Disco At Night Time In My Studio

I work from a studio on a rural property in New South Wales and my animal-monster hybrids or 'mutants' grew out of my interest in recycling studio waste and combining it with my interest in creating clay monster forms from my imagination. By recycling a traditionally two-dimensional material and transforming it into a three-dimensional material, I connect with and extend my painting practice into sculptural work, and vice versa. By reconstituting or giving new life to these rejected materials I create new animal hybrids and environments to contain them. The intent is to explore the implications of genetic engineering and selective breeding and consider the similarities and differences between the role of the artist and that of the scientist. Disturbing, yet beautiful, these newly constructed objects embody both the seduction and the cruelty implicit in the quest for perfection and ponder the ethical and aesthetic implications implicit in the act of creation.

Sensual and tactile, Craig Waddell’s work celebrates both the sublime and the imperfect. Laying down paint, wet into wet, observing while intuitive colour and gesture build and change, he destroys, renews and resurrects images from everyday life. A close atonement to the natural world began during childhood on his family farm. Whether painting a rooster as a riff on contemporary portraiture, or a protea as an evocation of love, he is confident journeying through colour choices, compositional risks, scraping back and starting fresh, ultimately building several layers of paint to finish the work. The results, he says, are the product of his fundamental interest in paint – through his immersion in the “field of activity” that is the canvas. Waddell’s earthy, emotional honesty provides a refreshing take on masculine use of paint without fear of beauty.

Waddell has exhibited widely throughout Australia and received numerous prizes, awards and residencies, most notably winning the Mosman Prize in 2010, the Woollahra Small Sculpture Prize and the Tattersall’s Art Prize for Landscape Painting in 2005, and the Paddington and the Norville Australian Landscape Prizes both in 2004.

He has also been awarded several scholarships and residencies, the most significant being the Moya Dyring Studio residency through the AGNSW, A two-year Marten Bequest Travelling Scholarship, a one-year Artspace Residency through the Ministry of Arts and the Pat Corrigan Travelling Scholarship NAS. Collections include Artbank, the Macquarie Group Collection, Royal Bank of Scotland, Hawkesbury Regional Gallery, Maitland Regional Gallery and the Allens Arthur Robinson art collection.

Craig Waddell, in conversation with Professor Ian Howard, discusses his work 'There's A Monster Disco At Night Time In My Studio'. Recorded on 20 October 2018 at the 2018 Woollahra Small Sculpture Prize exhibition, Woollahra Council.