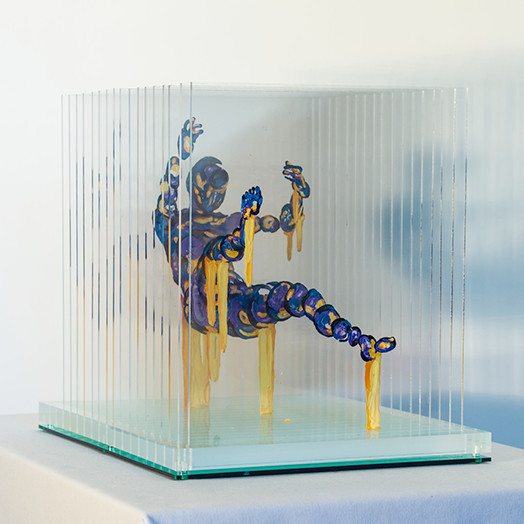 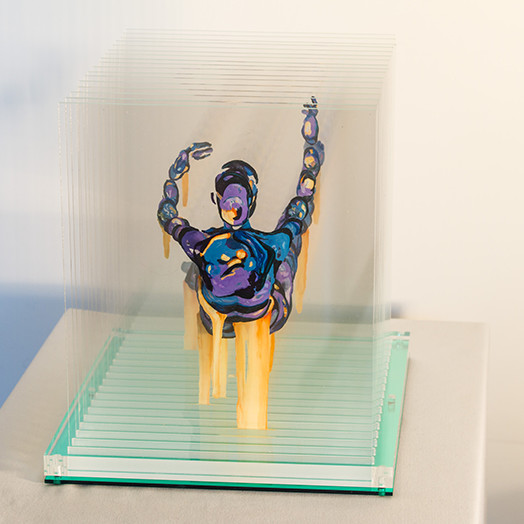 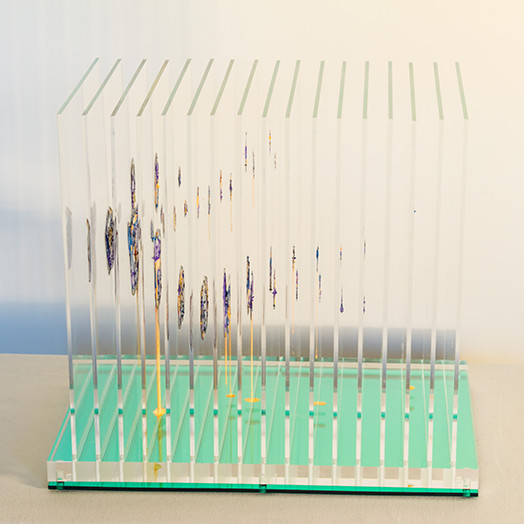 Even had I tried, it would be impossible for this turmoil not to imbue my work. Through my practice I have consistently conceptually grappled with how we navigate complexity and contradictions, and my work has become increasingly personal. But Threshold is the most intimate work I have made thus far.

Seventeen ‘slices’ of Perspex construct Threshold, each supporting oil paint applied in fragments, combined to create a contorted woman, her pose a consequence of a diabolical blow, or of her powerful summonsing of inner strength to reassert her push back. The images disappear and re-emerge dependent on vantage point; splintered, volatile, evasive. Acrylic sheet’s unstable light-bearing properties enact improbable refractions and reflections as further appearances and disappearances.

Threshold viscerally, aesthetically and experientially embodies both the intense fragility and humble, immense power and vigour of life force.

MacNeil received her Bachelor of Visual Arts with honours (1998) and Masters of Visual Arts (2004) from the Sydney College of the Arts and completed a Graduate Research Programme at the Slade School of Fine Art in London (2008).