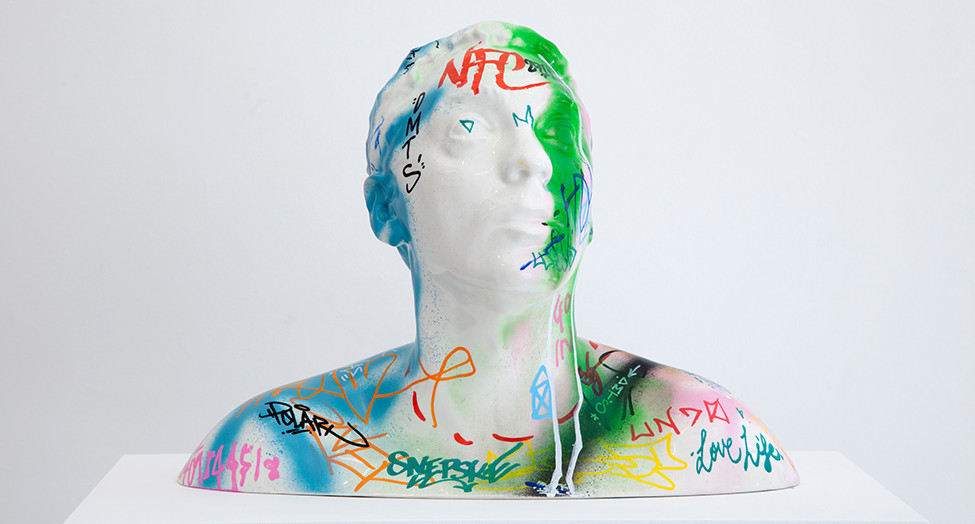 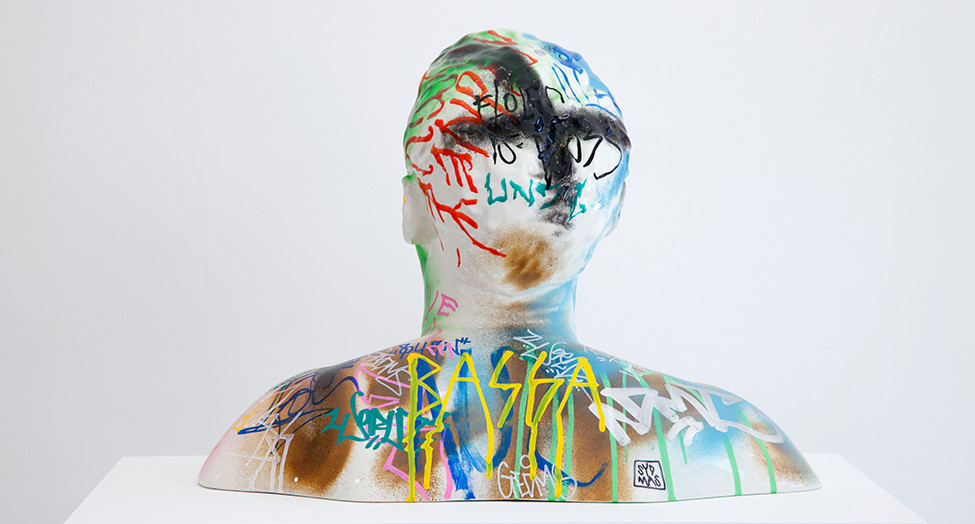 Untitled (When Lilacs Last in the Dooryard Bloom'd 02)

Working with materials that change over time, Silver's work forms a poetics of decomposition, an entanglement with rupture and destruction as processes of making, where decomposition is figured not as the antithesis of composition but as an aesthetic of (dis-)organisation. Time is present as a dialogue with history - in Untitled (When Lilacs Last in the Dooryard Bloom'd), Silver produces a series of porcelain busts of himself reproducing Bruce Nauman's iconic Self Portrait as a Fountain (1966-67). Silver's reference to Nauman, which is in turn a reference to Duchamp's iconic Fountain sculpture (1917), extends a conversation on the history of contemporary art between artists across different time periods, locations and contexts. The busts have then been tagged and graffitied by different groups of 'youth', a moment of collaboration that indexes the modern public bathroom as a site of anonymous mark-making and a playful meditation on the history of conceptual art and the status of the readymade. Excerpt from catalogue essay by Andrew Brooks, 2016

The multidisciplinary practice of Sydney-based artist Tim Silver is inextricably hinged on time, both conceptually and materially. Working across sculpture, photography and installation, Silver explores the interface between time and decay, particularly in relation to the human body. His sculptures are often made from entropic materials, such as fairy floss and putty, which begin to decompose from the moment of their assembly. By photographically capturing these stages of decay, the artist presents us with a microcosmic image of our own inevitable trajectory towards death. There is a paradoxical beauty that emerges from within the warped and crumbled forms, precipitating a poignant awareness of the preciousness and fragility of human life.