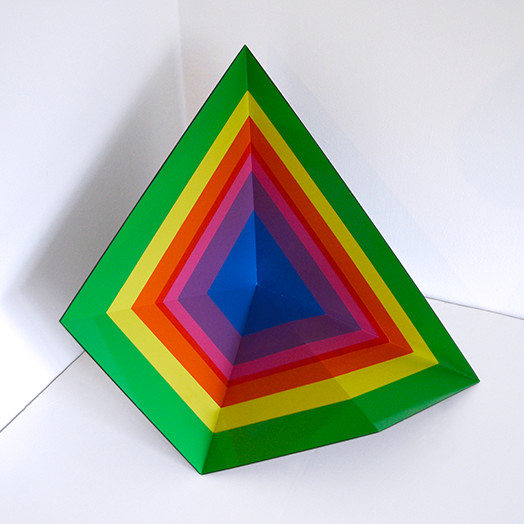 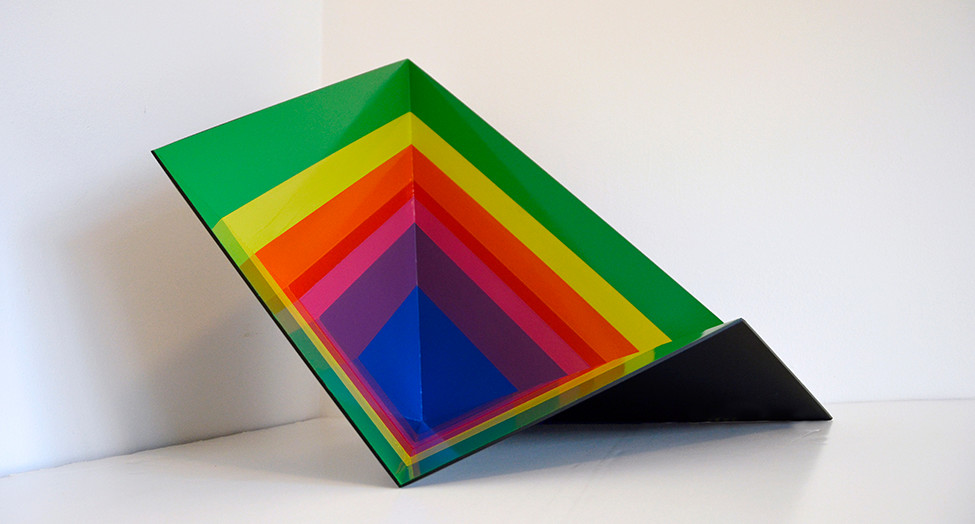 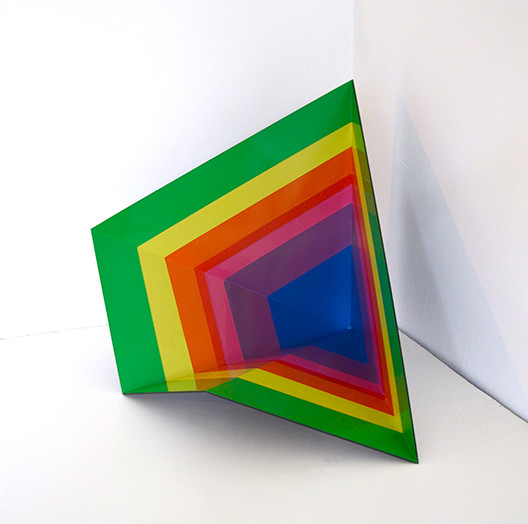 Concentric Fold considers the intersection between art and architecture, and the expanded field of painting.

Colour is a critical concern within my practice, through implementation of an intensely saturated and repetitive spectrum, which flows across a variety of mediums, executed through precise hard-edge, geometric forms.

I am interested in breaking limitations between elitism and popular culture through the use of colour and spatial practice as ideas that transcend the usual divisions of knowledge and power.

Concentric Fold utilises a constructed steel frame as a support for painting. The glossy, slick and precise form seduces the viewer with its colourful, optical rhythm, which shifts as you move around the space.

The sculptural space operates in an autonomous manner to reveal and distort both the material and its surroundings through chromatic illusion.

As a portable offering, I’m attempting to challenge the categorisation between sculpture, object, painting and site-specificity.